This thread will be about following the build, but also asking questions as its the first time I'm attempting forced induction.

Alright guys, pulled the trigger on this project. I was presented with an opportunity I couldn't refuse.
Stumbled across a tuning shop with half an unused Banks sidewinder turbo kit they desperately wanted to get rid of, pretty much gave it away! Side note: Anyone ever see a flange like that? looks like a modified T4?(see pic)

With vehicles being RHD here, the mounting bracket and intake system wont work so may sell it (let me know if you're interested, just need to figure int. shipping)- I think the shop that bought this for their client got burned not doing their research and they just didn't want it sitting on their shelf haunting them anymore.

Either way I'll be left with the turbo with internal waste gate and diverter valve (may need to swap in BOV for the pppppssssshhhhhhh), software tool and tune, boost gauge, oil feed and a few other small bits. (No 2 bar map sensor, throttle body plate or injectors unfortunately)
Nice thing is that this turbo is a high end piece of equipment made specifically for the 4.0 (see pics)
Its actually really small and can pretty much fit anywhere, I'm highly considering making a turbo manifold as it would leave me with tons of space and the option of doing water to air intercooler - I believe Boostwerks have developed a cast manifold, but getting it to South Africa would be mad expensive.

On the tuning side I'll be going with Unichip. They're an international company that came out of South Africa, so support here is great and its the cheapest option. Spoke to one of the main technicians and their head office and they assured me that if the hardware is there, they can tune it, they even have a 2 bar map sensor solution.

One thing I've seen mentioned on turbo builds is a return style fuel system due to the potential of no.6 Cyl running lean due to bad fuel rail design. Anyone got ideas on this? perhaps modify the stock rail?

Thats all I have for now, will update as I progress. 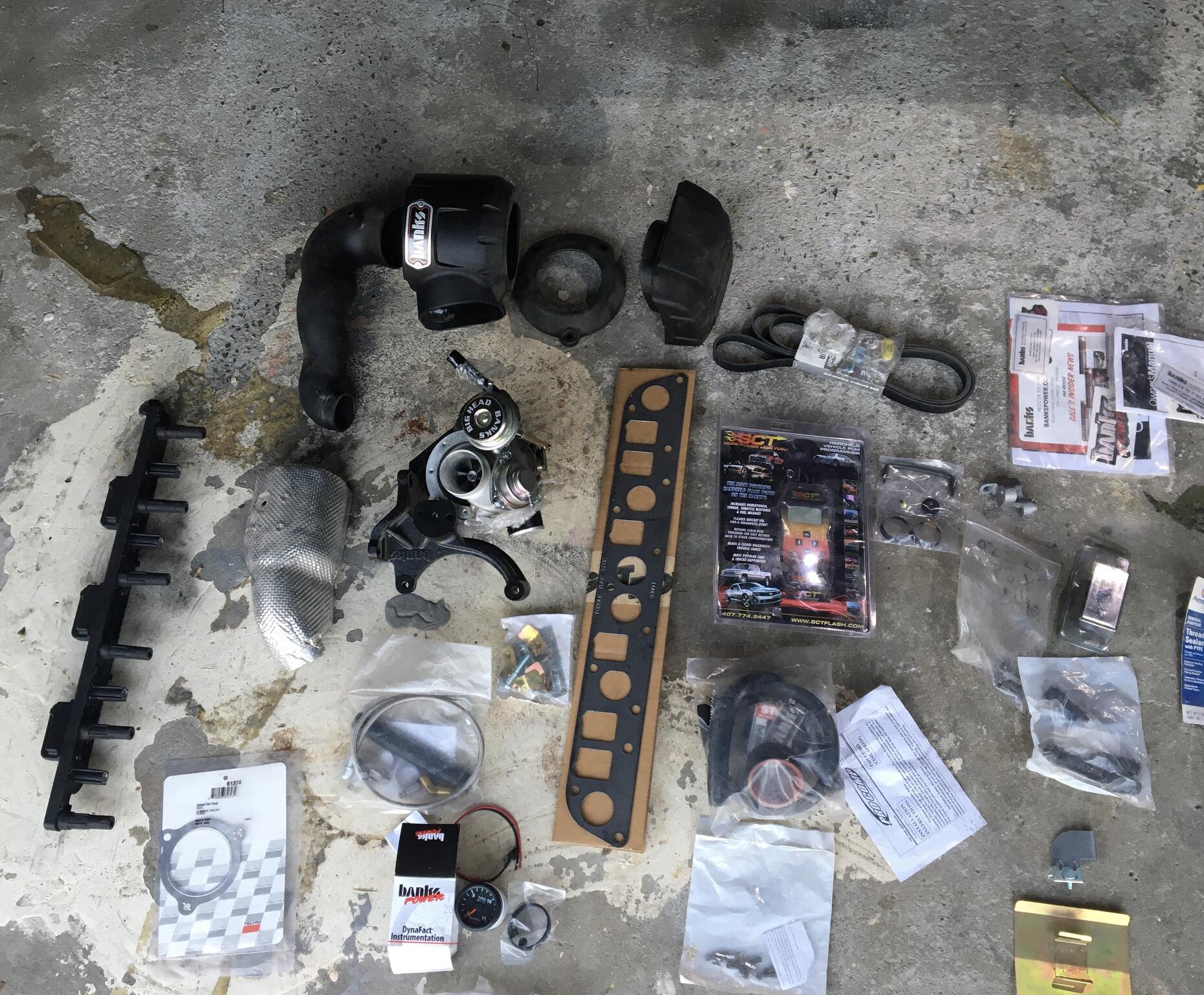 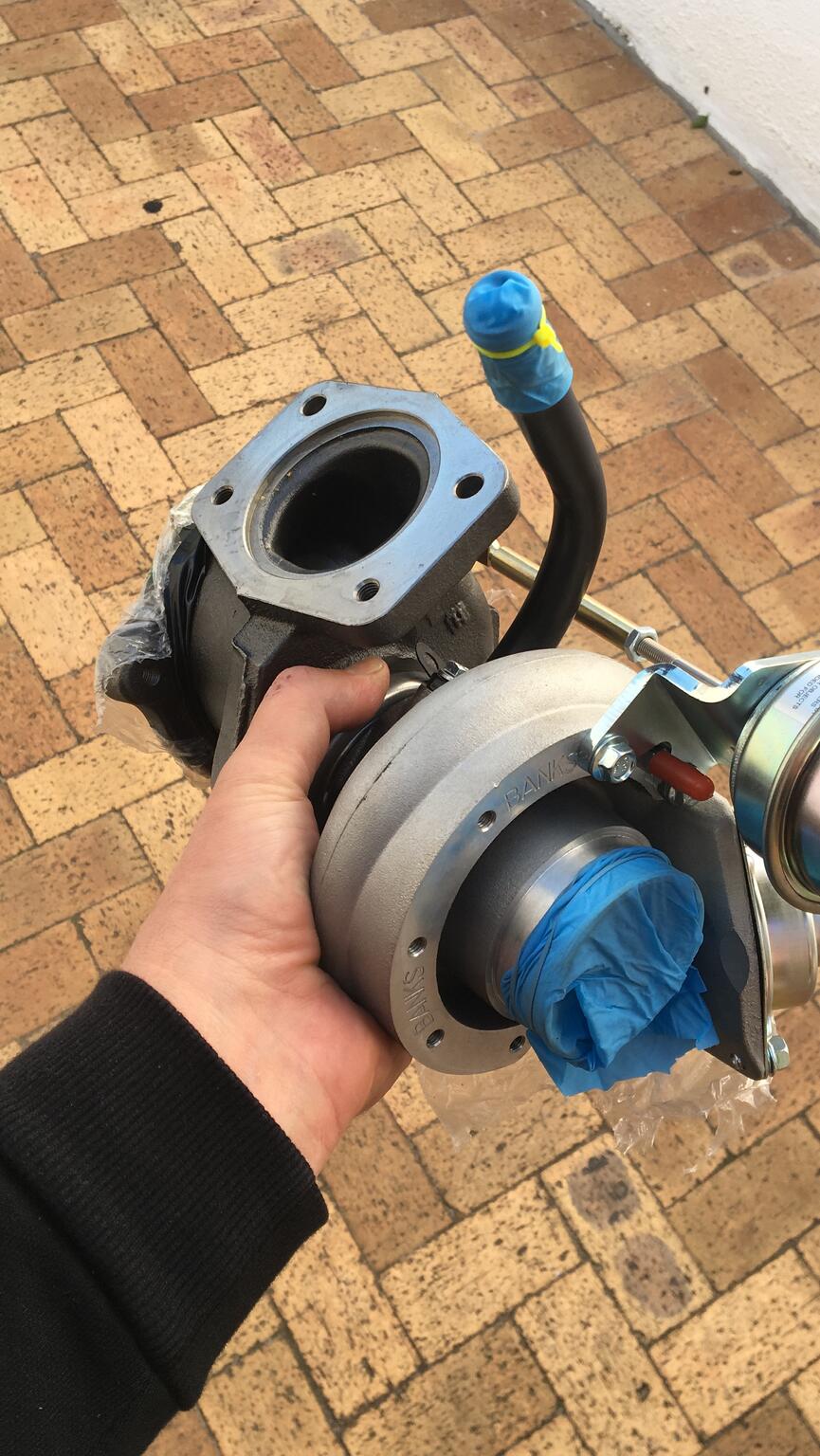 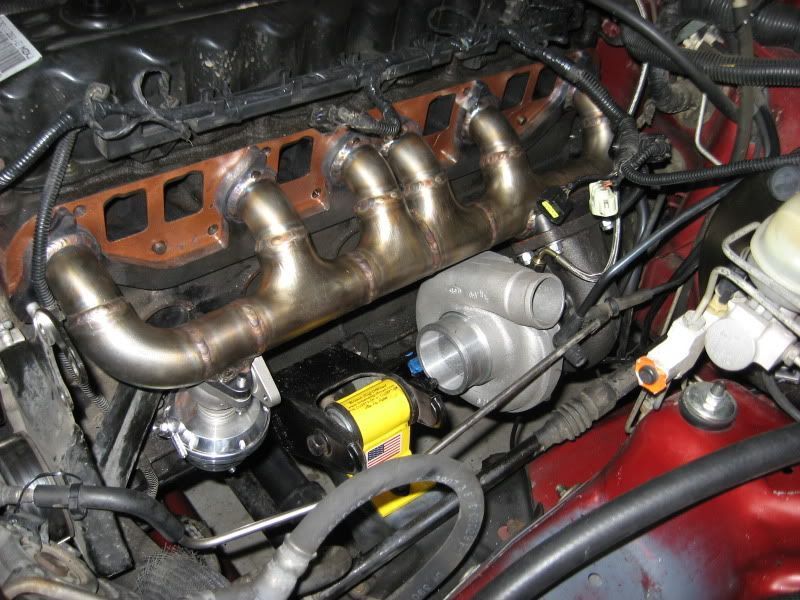 FYI you have to use a URL shortener if you want the link from the old board to work.

The universe is vast...

Interested to see how this turns out. Good luck... 😜

Update on the build:

Starting to build my own manifold. Got a flange cut and have some schedule 40 pipe which I'm welding with my little inverter.
I know its not stainless and I know I should really get someone to TIG weld it, but whats the fun in that. I don't care what the welds look like as long as they're solid, gonna be wrapped in heat wrap anyway. I'm a total novice fabricator, but I'm a firm believer in the only way to learn is to do it.
Looking to get it ceramic coated when its done. 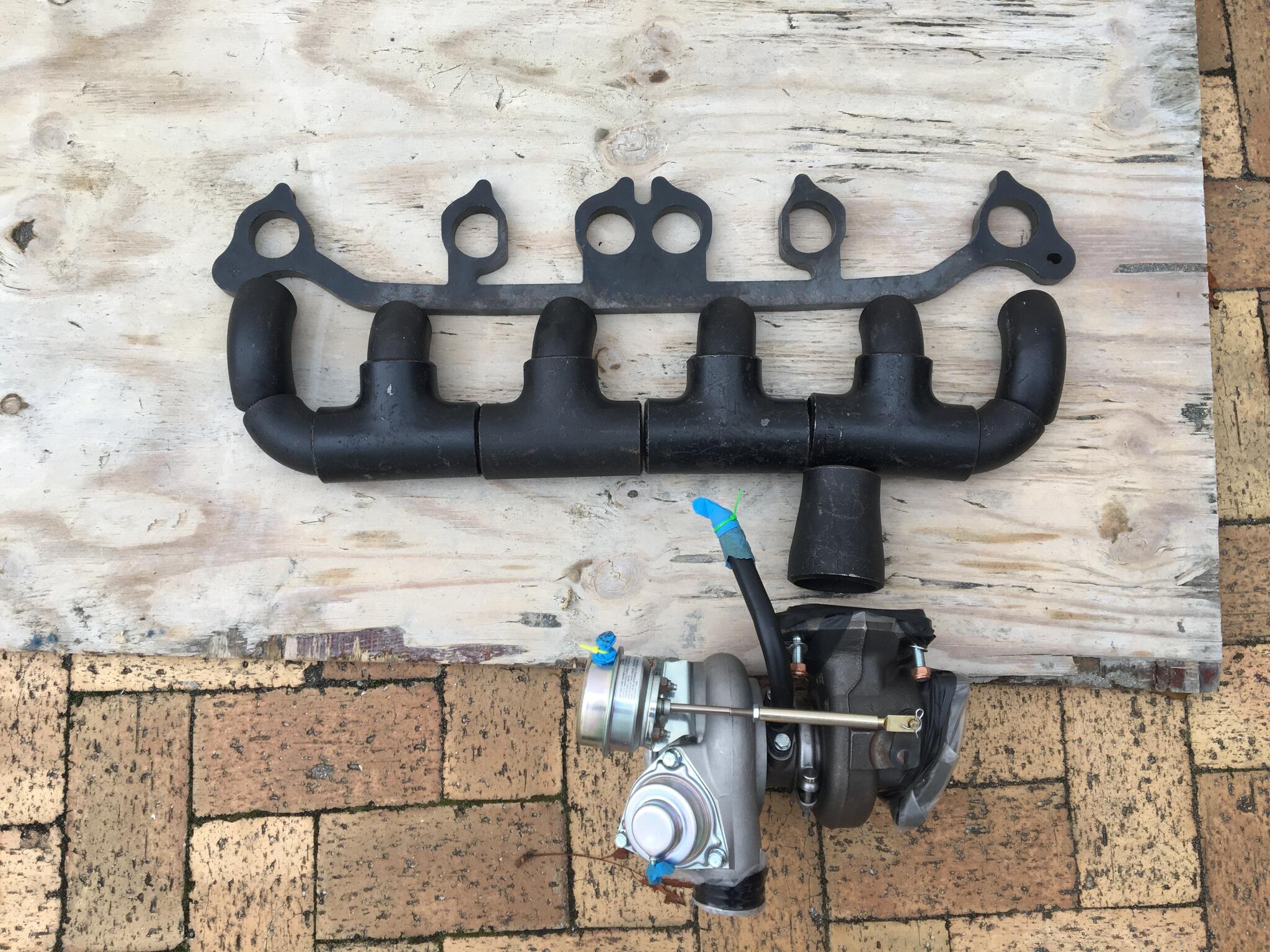 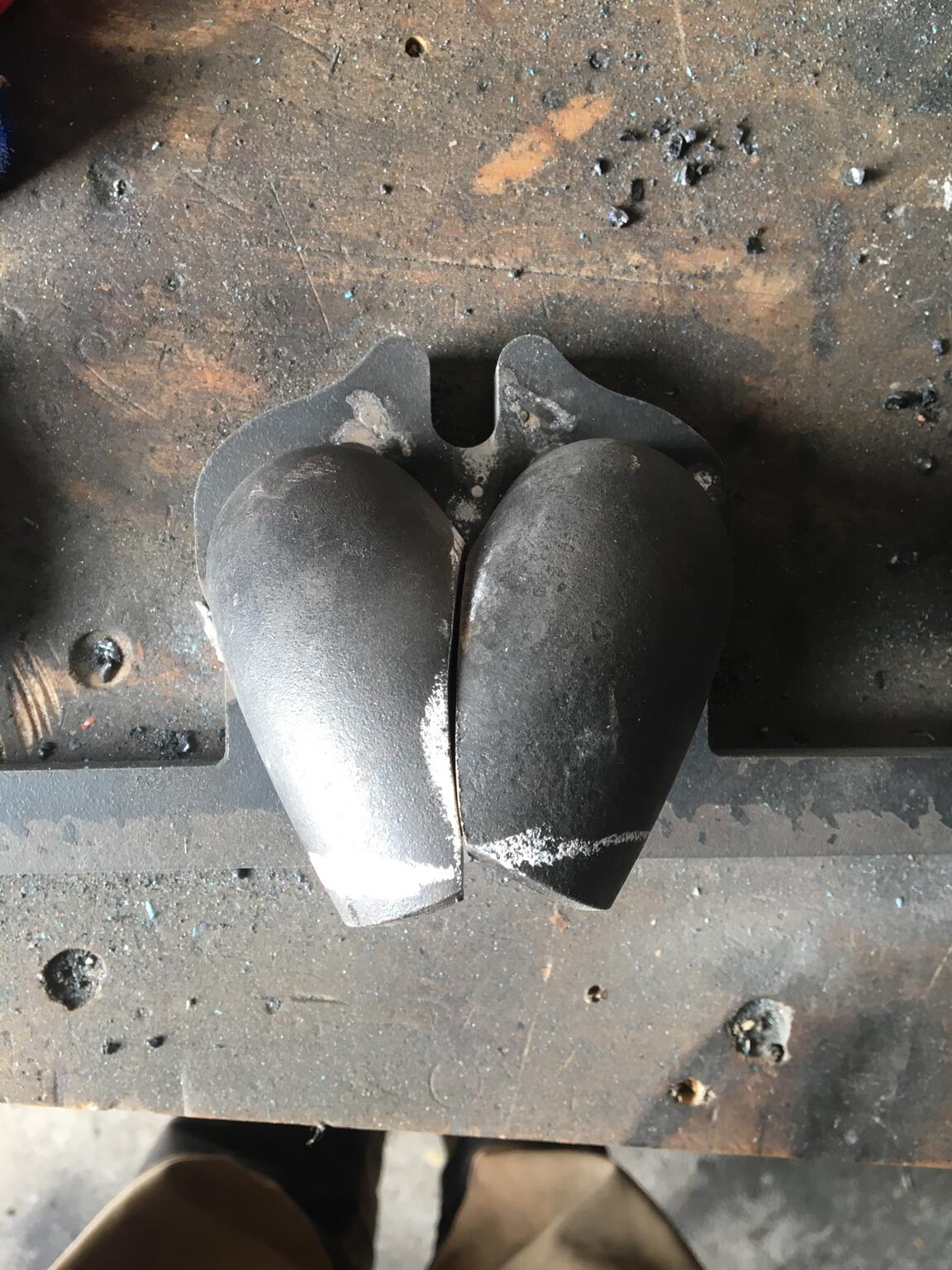 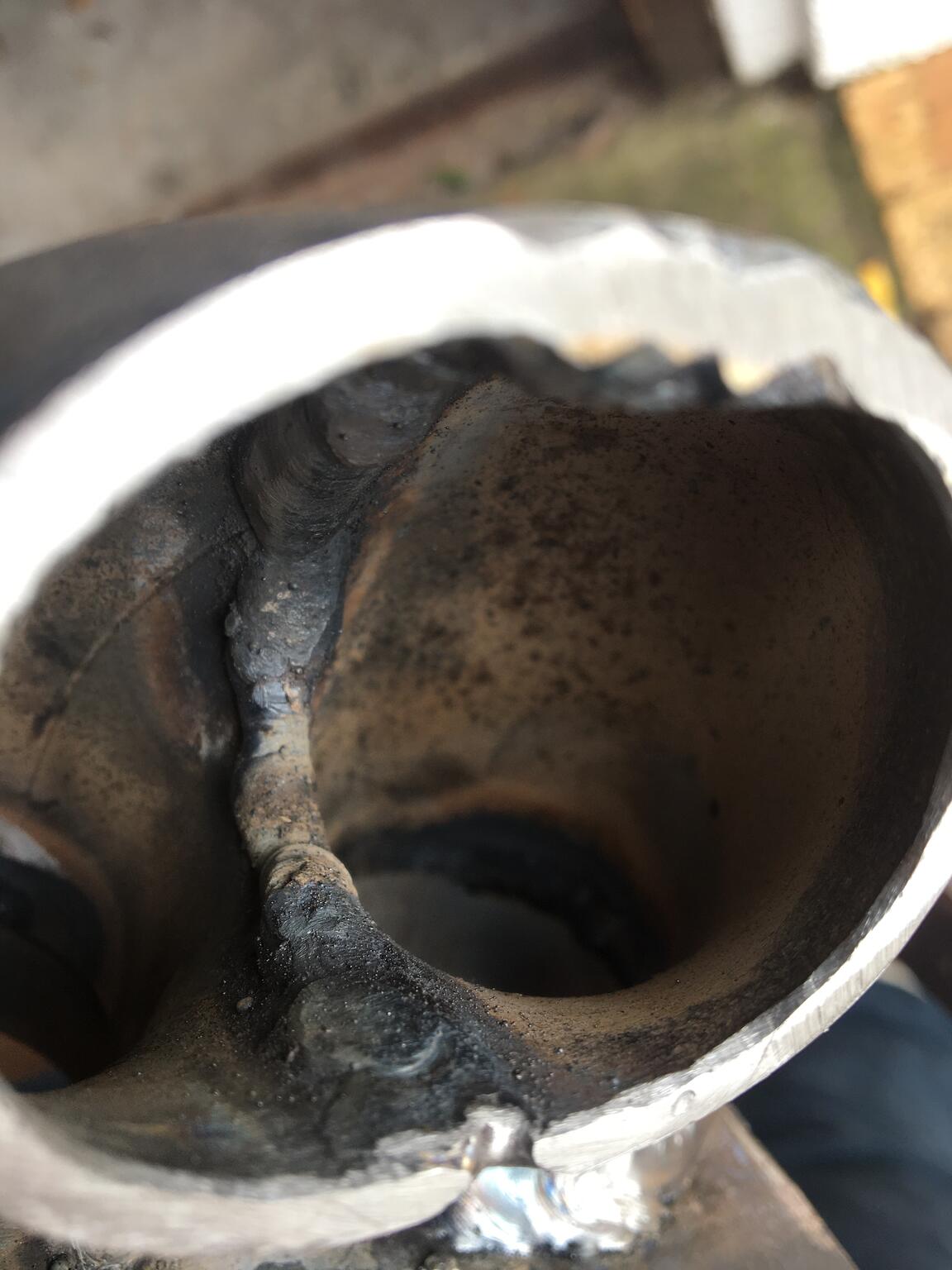 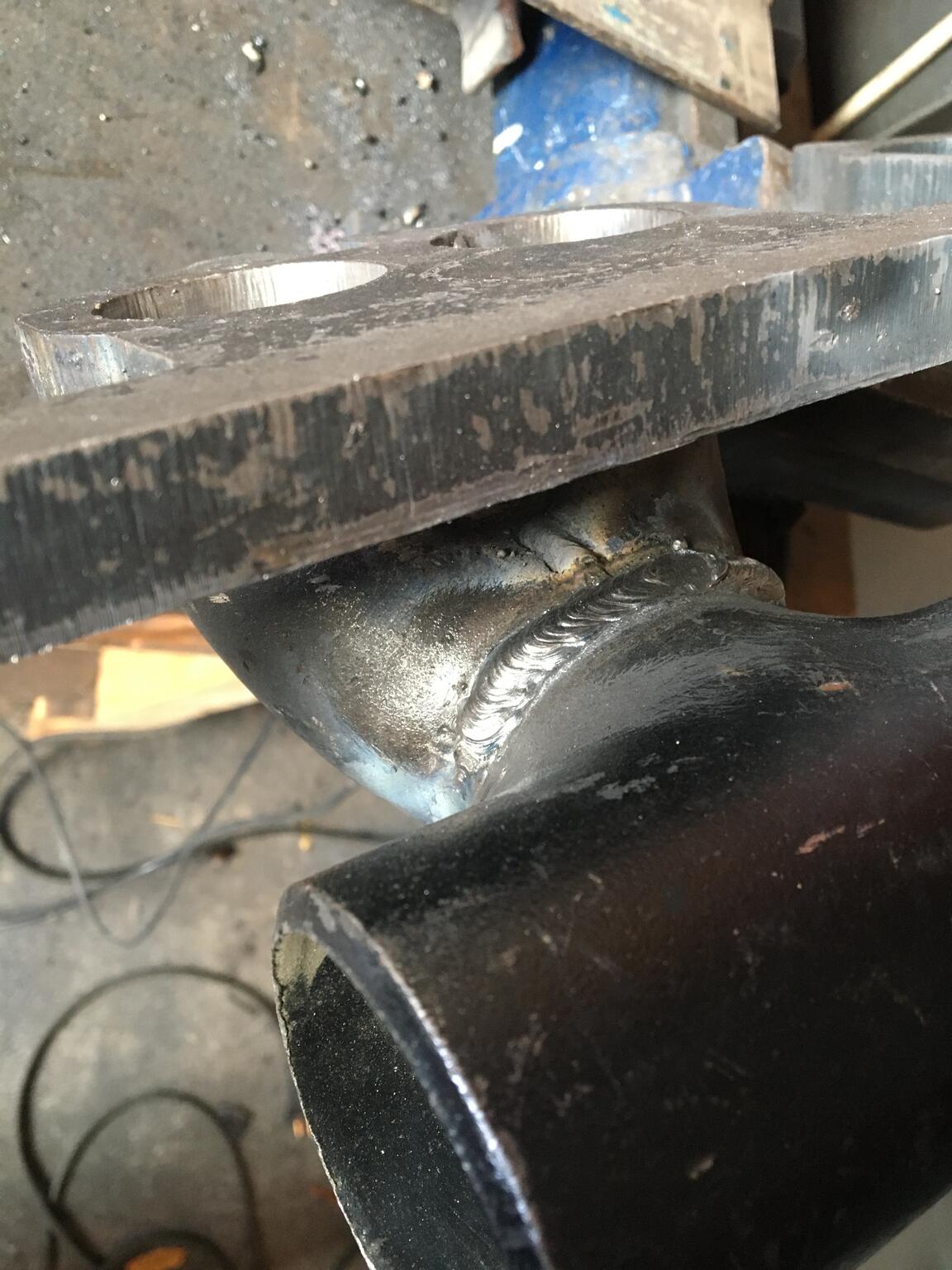 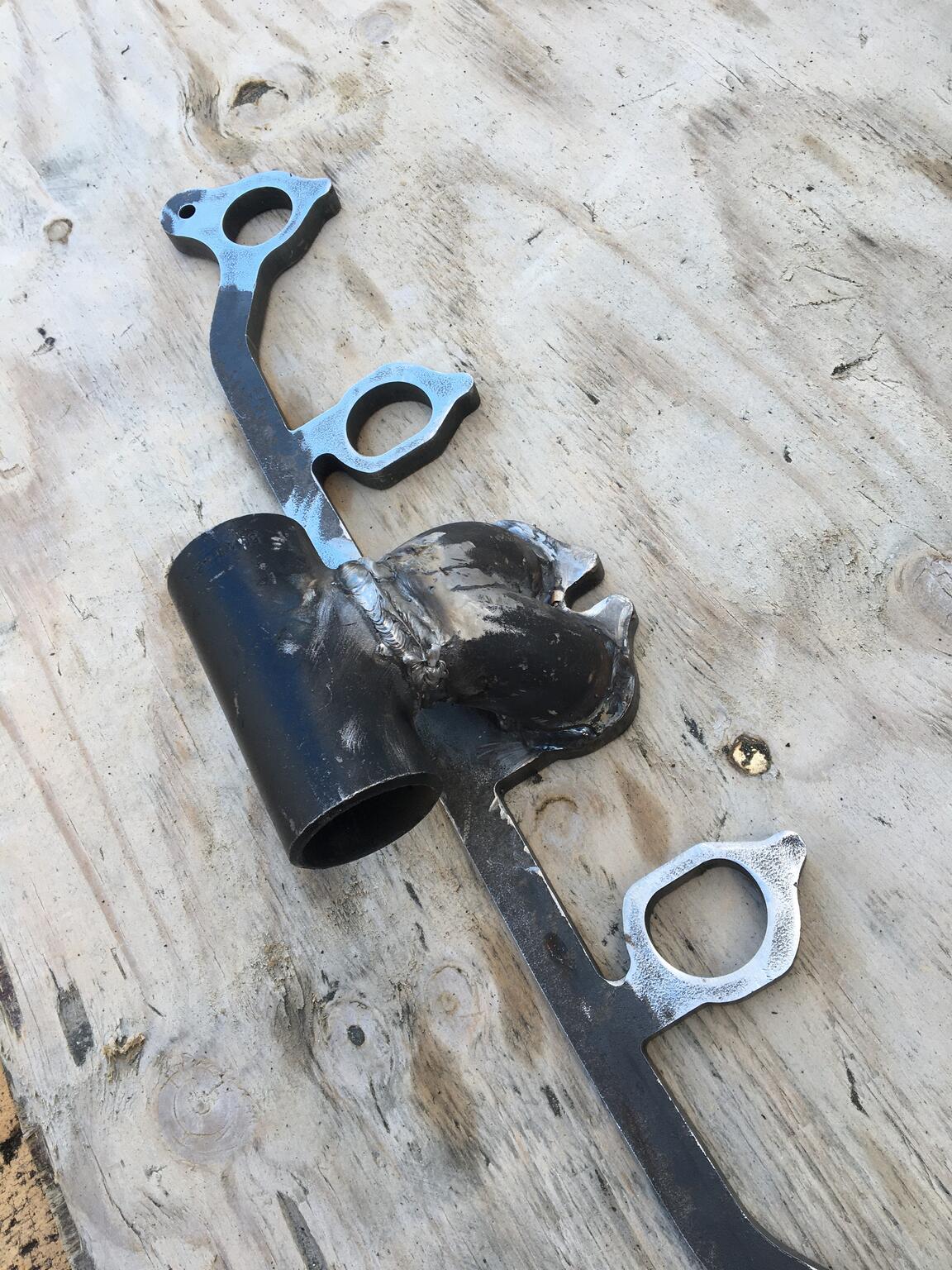 You're a better fabricator than you are exhaust manifold designer.

Logs for life bro.
Not racing the thing so its not about squeezing every ounce of power out, as long as I end up with more overall thats a win lol.
The space/under hood temp advantage (I'm hoping) trumps the extra performance.
You must log in or register to reply here.
Share:
Facebook Reddit Email Share Link