Just signed up over here due to having enough of those Canadian Fuckwadpenises. Hate seeing the Landy forum bare, so I’m going to kick it off with my LR3 backstory. Had a D1, D2, wife drives a RRSC, and I own a RRC LWB that will be a wheeling rig when I have time to start on it.

Bought this LR3 last August I think, paid $5,000 for it and it’s my favorite vehicle I’ve ever owned. I’ll fill in the mods, so far it’s been more or less bolt on stuff but been working on building a hidden winch mount and low profile light bar. 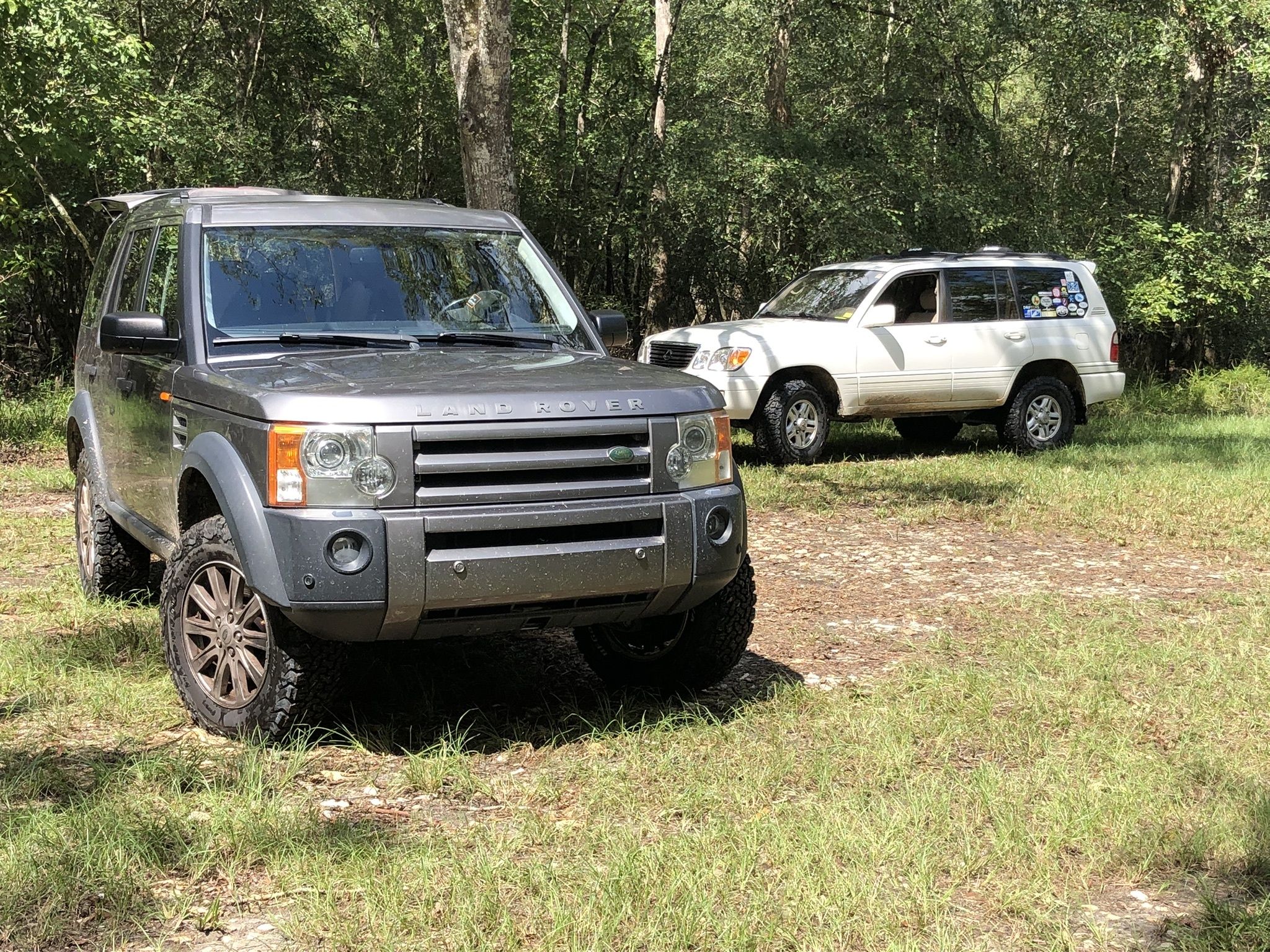 I'm always curious about D3s, I don't mind the look of them, but I do wonder how they will go for reliability when they get a bit older. In Aus D1s now seem to be getting better prices than D2s as they have a much better reputation.
Any details on the RRC? I get jealous that you guys get the LWB when I am trying to figure out a way to sleep in the back of mine! That said, the 100" wheel base does seem to work pretty bloody well.

So far I’ve done nothing to this LR3 that I didn’t to my 2000 Suburban, which has been regarded as one of the most reliable vehicles out there. I’m at 175k on the LR, and the only major elective maintenance was changing out the transmission filter, switching over to a metal pan, and adding fresh fluid. Otherwise it’s needed a radiator, there was a water leak which has caused the blower motor to chirp a bit, the driver door lock actuator isn’t working, front brake pads, and I had to replace the brake pedal switch. I believe the knock sensors have also gone out and I bought the replacement part but haven’t put it in yet. All in all, very mild for a Landy.

Here the majority of LR3’s came with the Jag 4.4L V-8, which along with their 4.2L has been considered the best engine by many. No head gasket, timing chain, etc failures. The nice thing about it by now is that the common problems have been well documented and it seems to be thing that causes most of them, so troubleshooting is pretty minimal. The GAP IID tool is awesome too, it can alter the ride height, calibrate the suspension, program keys, etc, in addition to the OBDII reader functions. I ended up wedged between two trees one time because it was off camber under the mud, and I later realized I could have used the IID tool to level the vehicle out and drive through.

I need to update this thread with a few other mods I’ve done but haven’t had much spare time.

The RRC is a 95, so it has the soft dash with ABS and airbags in addition to being a LWB. It was converted to coils before I bought it, and I picked it up for $1,000. It’s relatively rust free besides the upper tailgate glass frame, but the interior has some sort of small damage to almost every single piece. The plan is to put on the Rovertym coils and OME shocks I salvaged from my D1, a set of 255/85R16 BFG KM3’s, and use it primarily as a wheeling rig. I’ll likely add some sort of traction aids seeing as how they were needed in my D1, and I’m toying with the idea of swapping a 300tdi in place of the 4.2L V8.

I’m going to use the 3rd row seat from a Suburban in place of the RRC rear seat, since the seatbelts are built in, it’s easy to remove, and I can move it forward to get more cargo space. I’ll probably build some sort of cargo drawer/sleeping platform in the back as there is enough room for it. The LR3 still has 72” behind the front seats without moving them forward though, and the second and third rows fold flat. It’s extrmely comfortable on the highway and surprisingly good off road.
Last edited: Jun 16, 2020

Cool. I've always been curious about these. Looking forward to more!

Hmmm, all of the D3s here seem to be the TDV6, but Aussies in general seem to have a bit of a diesel fetish. I really haven't had anything to do with them, but I was talking to a guy I bought some parts off who had one and he said the Terrain Response system was awesome.
300 Tdi in a Rangie is a common swap, and a good engine, just the cooling package on them is rubbish. Not that it doesn't work but having the coolant pump right at the top of the engine is a shit of an idea. Obviously they are a little less powerful than the v8s too.
I did a couple of dirt-track drag races between my 3.9 powered Rangie and Dads 300 Tdi Disco, The Rangie did pull away, but not by as much as I would have expected. That said the Rangie is on bigger tyres so that probably didn't help.
You must log in or register to reply here.
Share:
Facebook Reddit Email Share Link