Country Music legend Charlie Daniels, best known for his monster 1979 hit “The Devil Went Down to Georgia,” died Monday of a hemorrhagic stroke. He was 83.

Funny story we were on our way to a funeral so I was fairly dressed up with my Silver Belly cowboy hat, turquose belt buckle and bolo tie. I was filling up with gas when a young boy came over and asked if I was Charlie Daniels? No I am not sorry.

Charlie Daniels has died. The Country Music Hall of Famer and founder of the Charlie Daniels Band died on Monday morning (July 6) at the age of 83 after suffering a hemorrhagic stroke.

News of Daniels' death came by way of his publicist. The country legend died at the Summit Medical Center in Hermitage, Tenn., after suffering a stroke. Daniels has a history of heart problems, and in 2013 needed a pacemaker to regulate his heart. 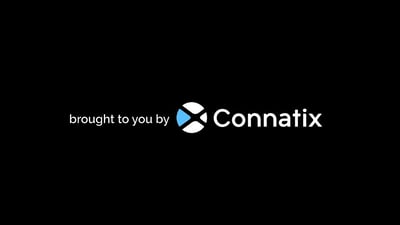 "The Devil Went Down to Georgia" was the Charlie Daniels Band's most well-known song, although "Long Haired Country Boy" and "The Legend of Wooley Swamp" were also well-known. The band had three Top 10 hits on Billboard's all-genre Hot 100, including "The Devil Went Down to Georgia" at No. 1 in 1979. Daniels notched the same number on the Hot Country Songs chart as well, with "Simple Man" and "Drinkin' My Baby Good-Bye" among his other Top 10 hits.

In recent years he's remained active with albums — Beau Weevils - Songs in the Key of E came out in 2018, and a tour with the Marshall Tucker Band was planned for 2020, before all tours were canceled due to the coronavirus pandemic. Daniels also remained vigilant on Twitter, defending American military and police, as well as speaking up for pro-life causes. Each day he'd begin with a series of tweets that became familiar to his followers. He'd also share a morning prayer and then close the day by letting fans know he was signing off.

Daniels became a member of the Country Music Hall of Fame in 2016. He was also a member of the Grand Ole Opry. The North Carolina native is survived by his wife Hazel and son Charlie Daniels Jr.

Funeral details have not yet been made public.

What this world needs a few more rednecks
https://www.youtube.com/watch?v=8Au6qBLgk1A

This sucks. I hope it was fast with no suffering.

Then of course
The Ballad of Uneasy Rider,
I can remember laughing with my buddies everytime this one played

One of the last of the legends. I think the only one left is the red headed stranger :(


Who's gonna fill their shoes?

Pt_Ranger_v8 said:
One of the last of the legends. I think the only one left is the red headed stranger :(

loss of a great American who stood up for Americans and our constitutional rights.

I cant type or spell.

Just read that in local paper, he had a house not far from me, my lil boy has loved his music for long Time, he played once or twice a summer with the bar d chuckwagon in durango and i was planning on taking boy to see him. Got to see him two years ago in Albuquerque and was awesome.

Saw him at the Wood Co Fair 2 years ago and it was an awesome show, still rocking hard at 81 (at the time).
Got to love how he spoke up for Americans and the freedoms we need to preserve. RIP.

Sad to hear of his passing, we could definitely use more of his music these days.

Glad he beat the devil so long ago.
RIP Charlie.
I grew up listening to the CDB. Liked his music, was near him before a show in the early 80's and saw that he was not a fan of the inner city urban types lol..

Damn. He always put on a great show and seemed like a good guy.

RIP. He was also a strong conservative voice in this country.

I was wondering why the radio was playing so much C.D.B. today.

Thanks for the great music

Thanks for all the music.

Damn I loved that song as a kid.

I'm taking a shot of No. 7 right now in tribute. R.I.P. Charlie Daniels.