Been working on this on and off for the last few years. My old man had been helping some but passed very suddenly and I didn't touch it for over a year.


When I bought it 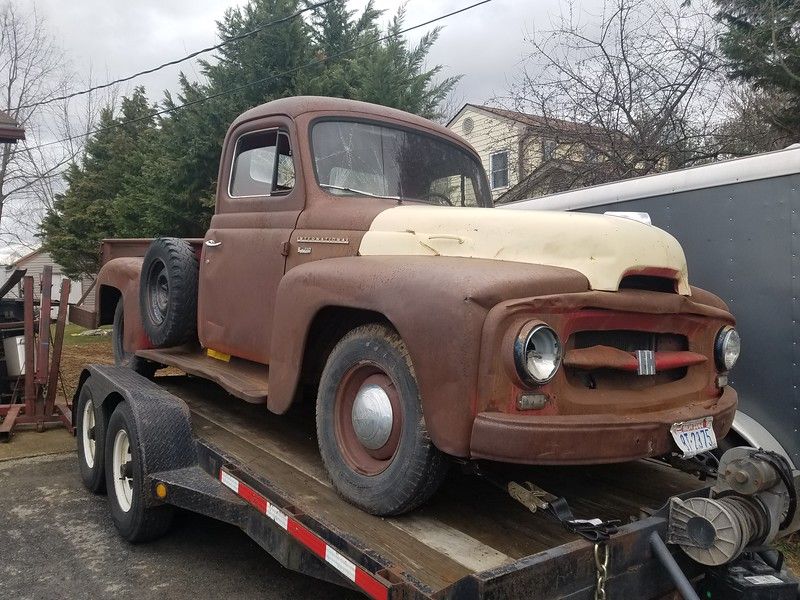 Swapped it on to a Dakota frame. If I did it over I think I would have just put a mustang 2 front end on the stock frame, oh well. 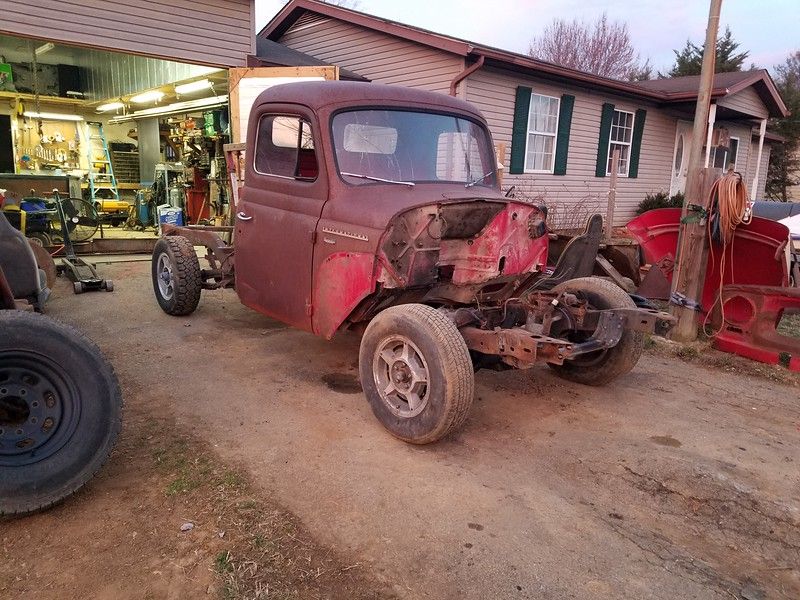 I was going to run a ford 5.4/mustang t45 in this truck but in the end I couldn't get the steering/header/oil filter/upper radaitor hose to play nicely with each other. Also I lost a lot of cab room to that huge bitch. 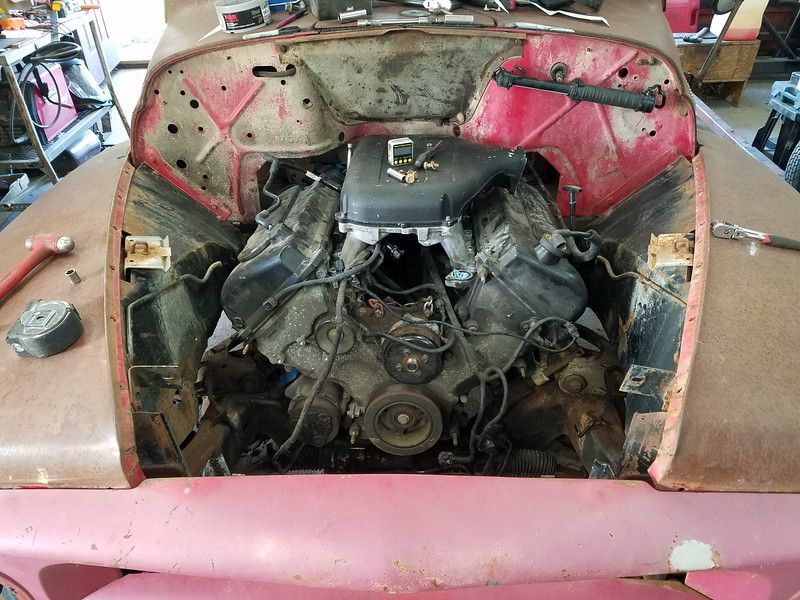 So I yanked that all out and sold it off. Found the engine I was originally thinking about using in this truck before I ended up with the 5.4. Toyota 2JZ. Trans is a Chevy AR5 manual.

I was able to fit back almost all of the factory firewall save for a small bump out on the drivers side. Tons of room to work with now also. 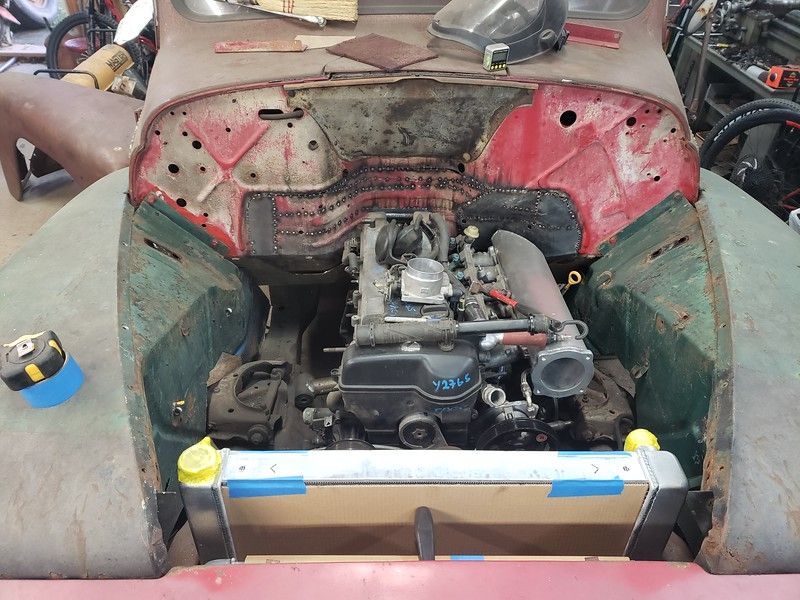 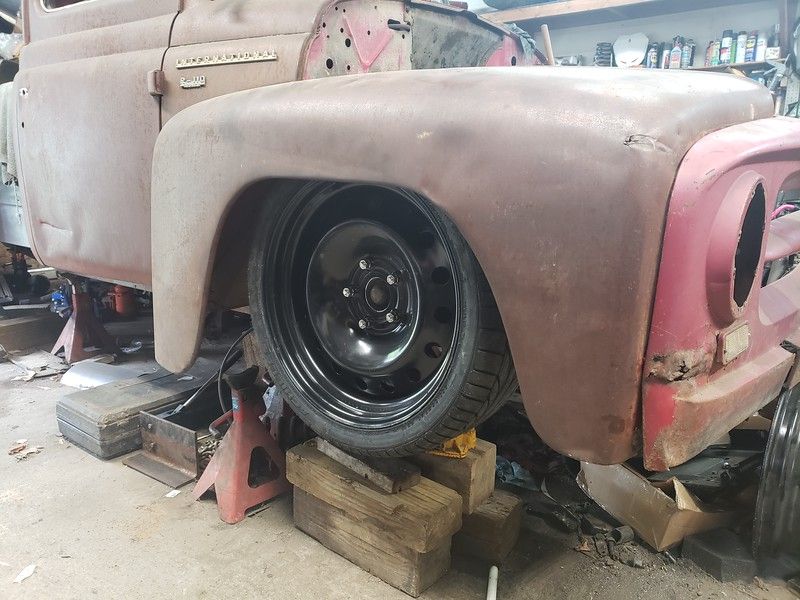 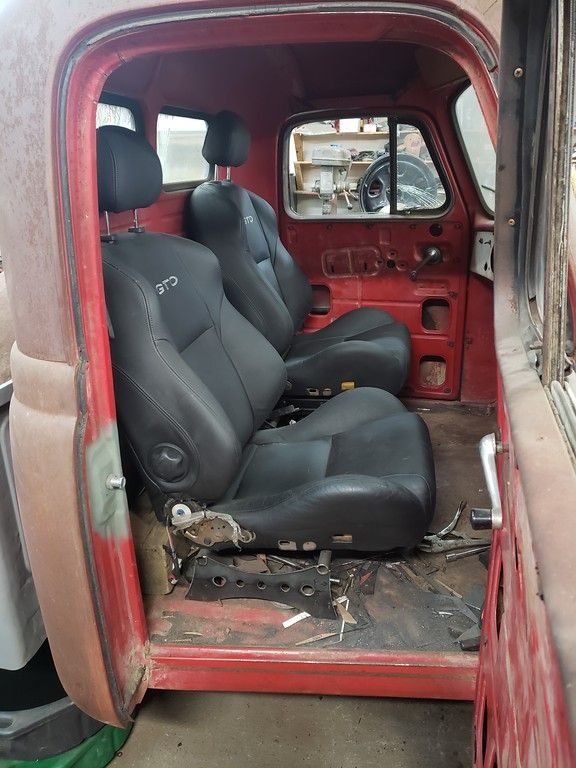 I like it! are you back working on it now?

I put in a little time here and there. I'm out of welding gas and haven't had a chance to get my tanks refilled the last few weeks so kind of stuck right now.

Pretty much the best swap ever 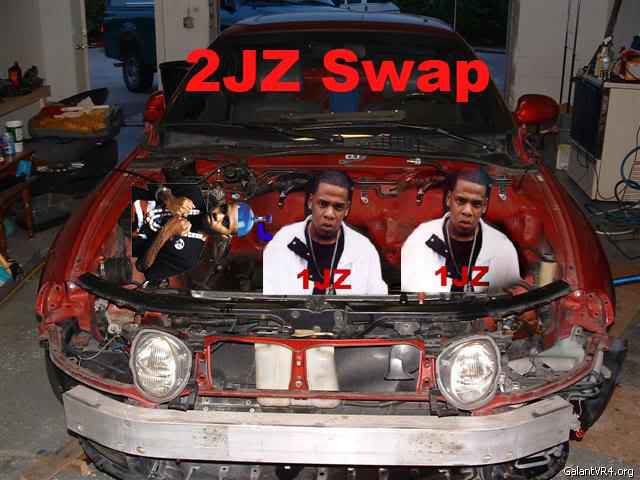 Just found this and subscribed I have a 52 L-110 sitting out back, accidental ebay buy! I bought it from the grandson the last time it was driven was in 65 according the license plate. They also had a water truck of the same vintage so there are no windows, parts of the transmisson are missing, and the motor is locked up.
Thought about doing a frame swap also, read about several that had been done with Ranger frames, there was a guy on youtube who did several dodge swaps, I wasn't to impressed with his way of chopping the bed short to get it to fit the frame, the idea of the hemi motor was interesting though.

Made up some engine/trans mounts and tacked up the turbo manifold. Decided to just run with a log style manifold with a T3 sized flange instead of a spaghetti monster/tubular (plus pretty much every pre-made manifold has a T4 flange). The pictured turbo was off my Cummins.


I may redo the turbo flange to rotate it lower though. Downpipe/firewall clearance might be an issue with it this high. 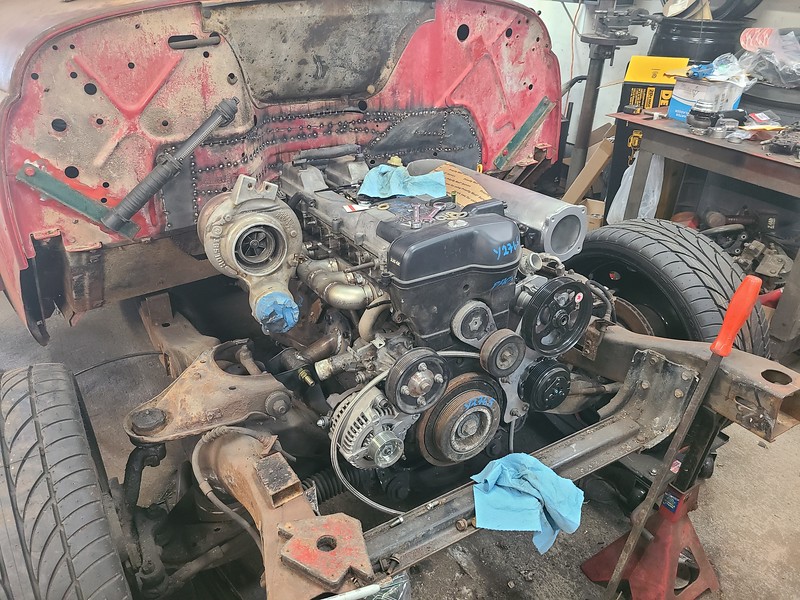 Poor girl got buried in the garage and forgotten about. Finally took the time to clear some space out to work on her. Little bit of welding here and there really. Started ordering some parts to get the engine going.

Fuel system came in a few weeks ago. 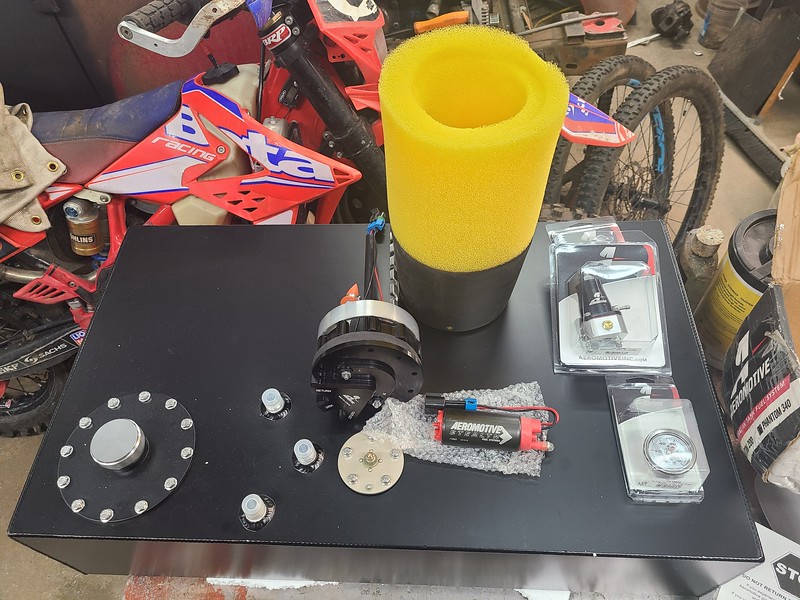 Changed the intake manifold as I didn't like the one I had bought originally. That one had all the hardware inside which I didn't like and also couldn't actually tighten because the only access was by shoving my arm in the throttle body opening, which only fit up to about the halfway point lol. 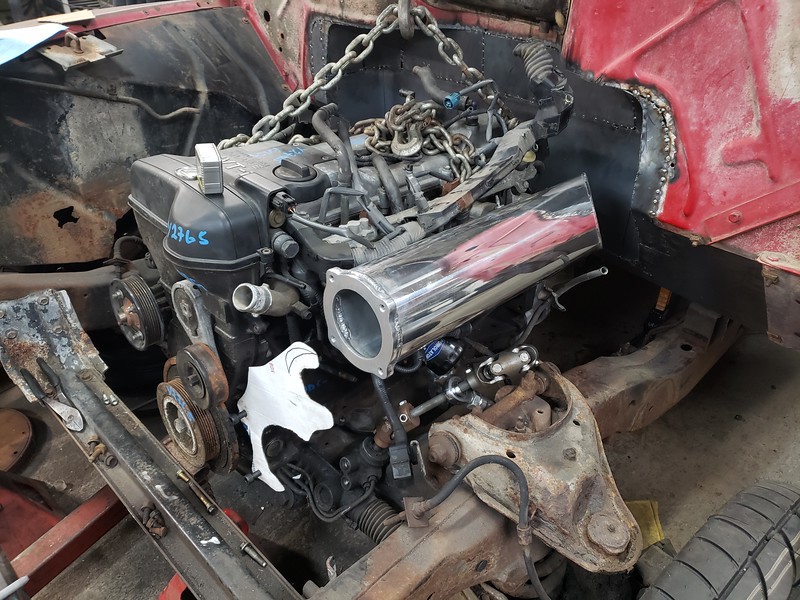 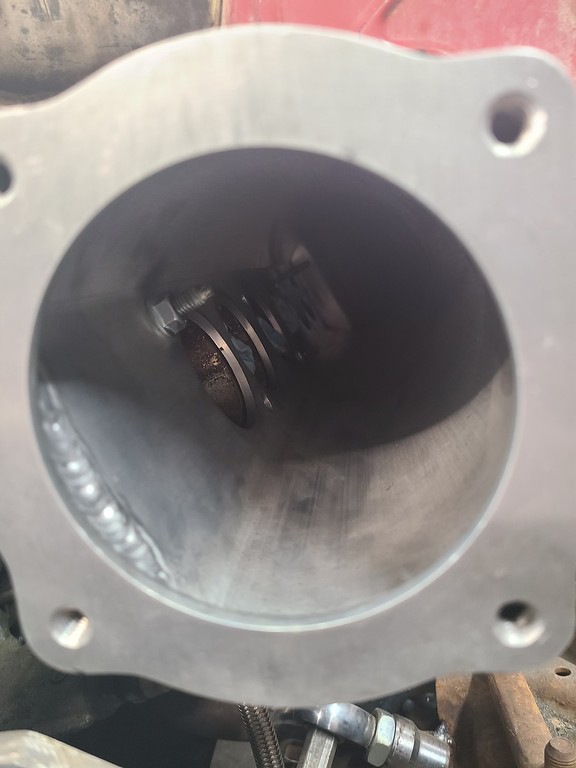 New, may need to alter the inner fender a bit for turbo piping clearance but I think it'll be worth it. 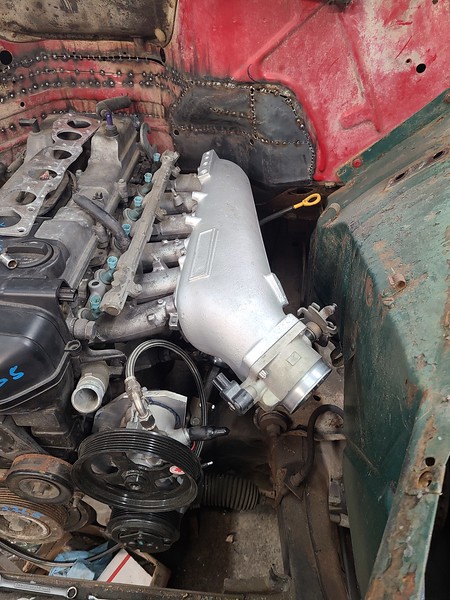 The reason I didn't buy this one in the first place is it is meant for the factory turbo version of this engine, which has a different head and the ports/bolt holes don't line up. The solution is port matching and just welding the lower runners to the new plenum. Of course I ran out of argon as soon as I sat down to do the welding. The place I get it from is 30 minutes the opposite way from my office and closes at 4:30, so it is not very convenient to get the tank exchanged these days. 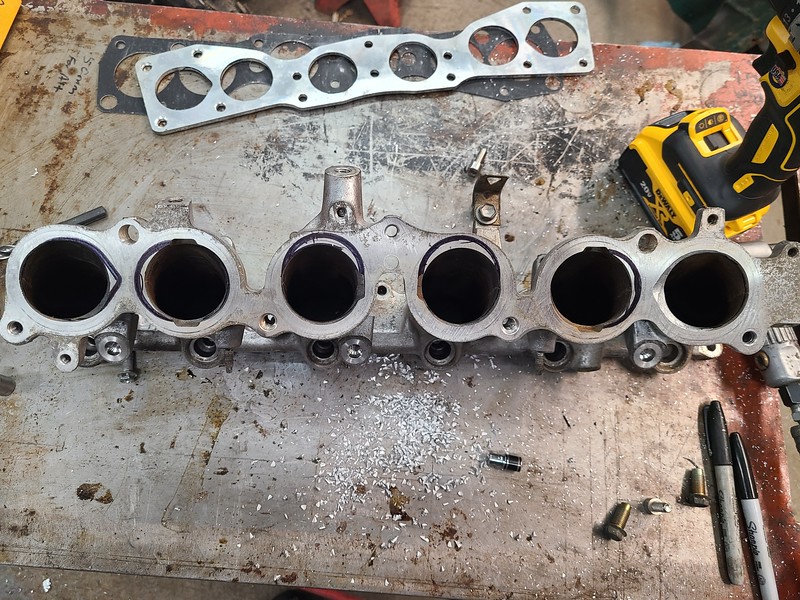 Since I ran out of argon for the tig, pulled the mig out and worked on fixing my biggest mistake on this thing, the firewall I had hacked up for the v8. 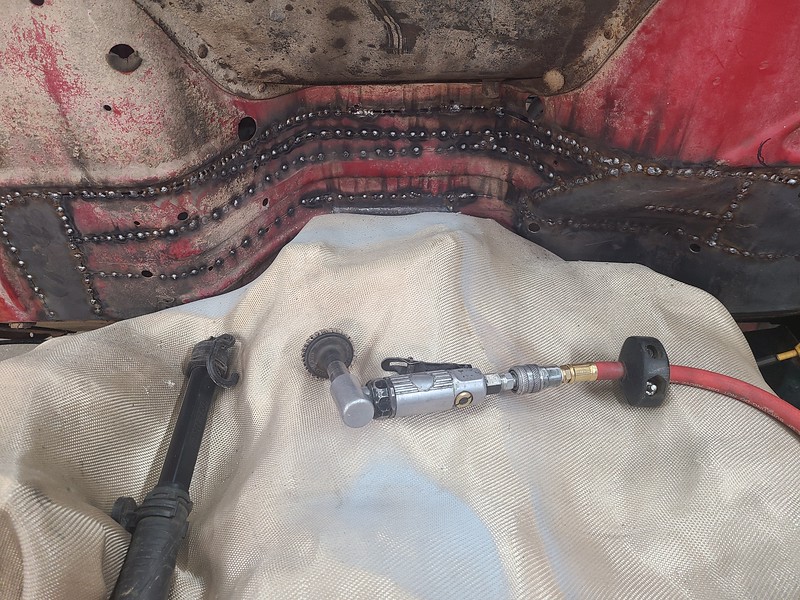 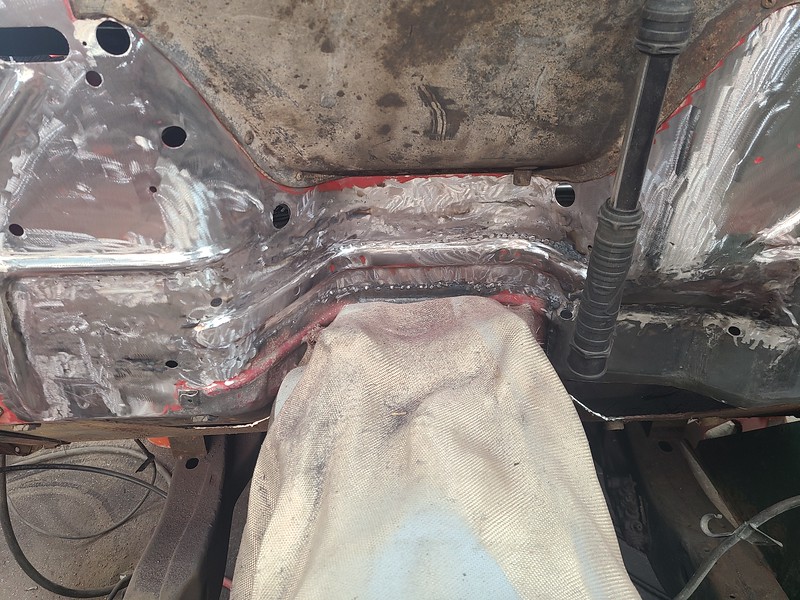 Snagged some more go fast stuff, pistons, rods, and clutch off marketplace. I was only looking for around 400hp which is the breaking point of the stock NA rods. I was trying to find a set of factory turbo pistons and rods but folks wanted way too much for those parts used. Plenty of head room now if I want to get silly with boost. 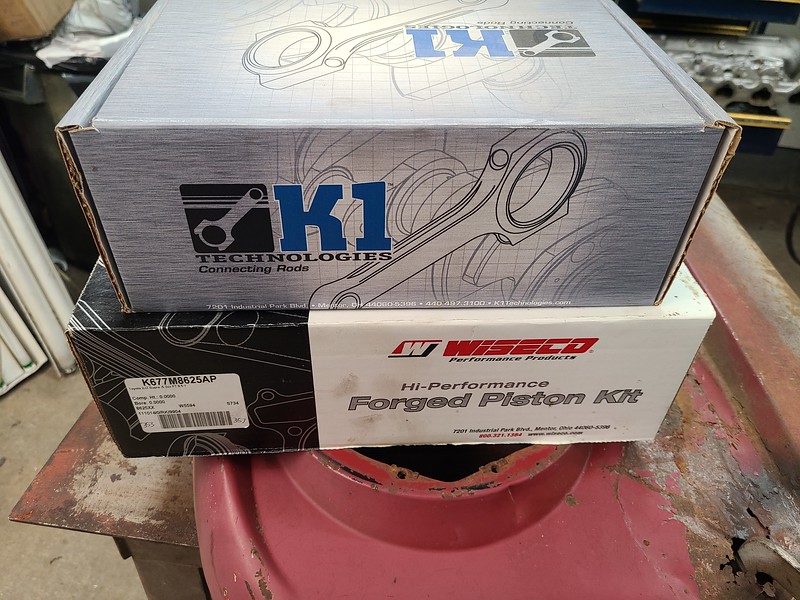 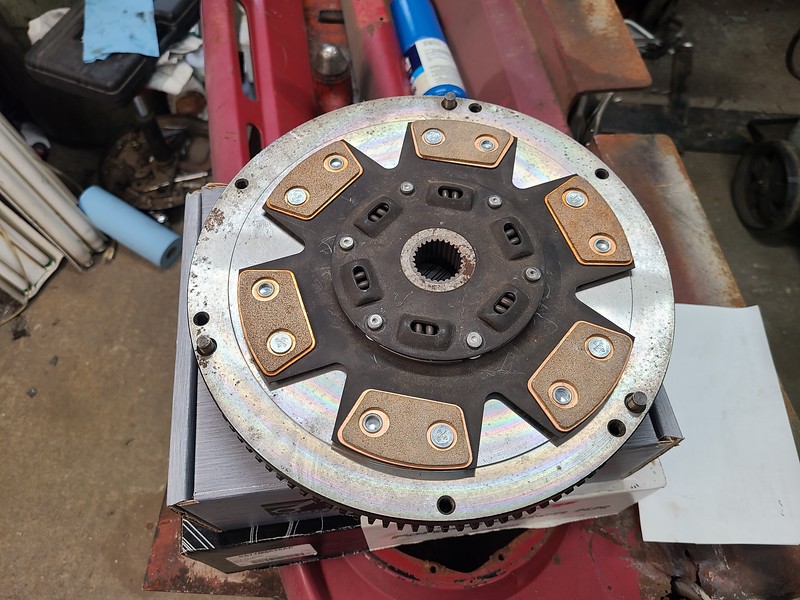 Worked on the grill a bit. The bottom was bent out about an inch on the sides so heated, pulled, and hammered it back straight ish. 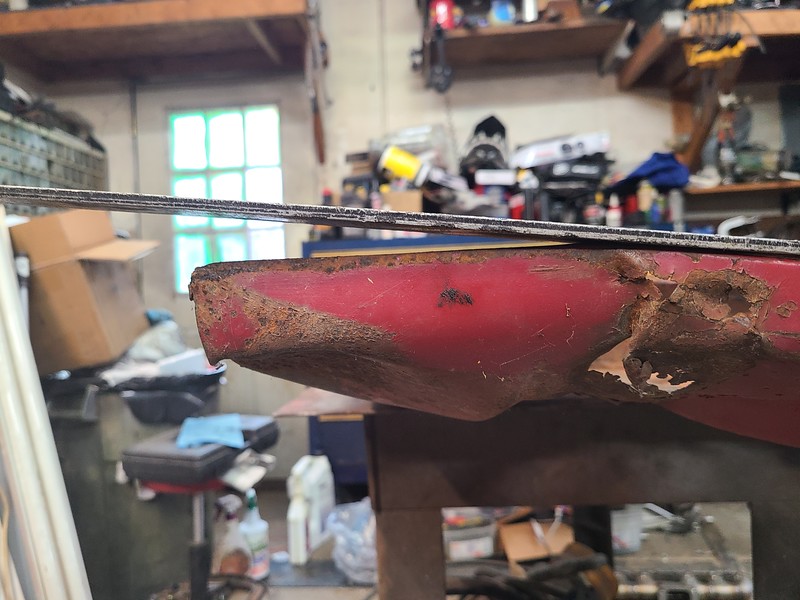 Front clip back on again. I welded in a patch under the pass side headlight while I was messing with it. Still need to do the drivers side which is in worse shape 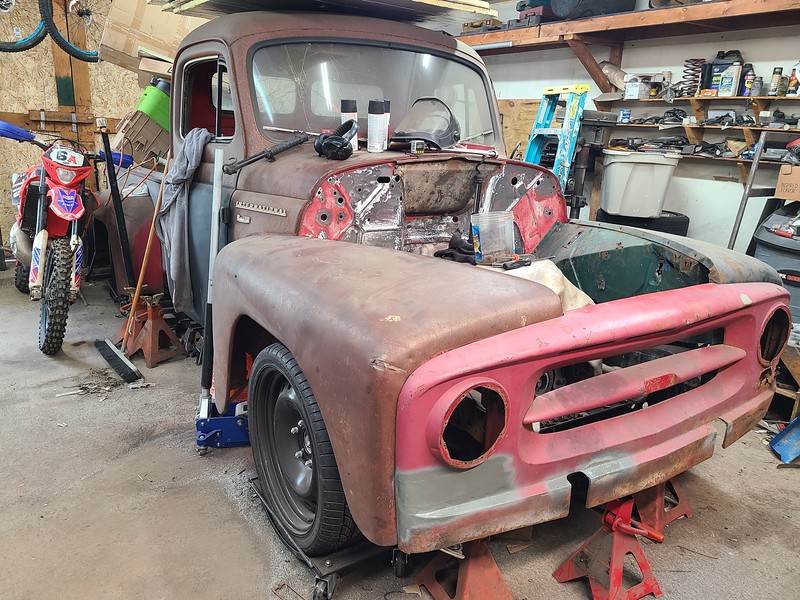 Somehow having hardware inside an intake manifold doesn't seem like a good idea to me.
Sounds like you need to make friends with "Turbo Yoda" Al on Skid Factory out of Australia he probably has a set of pistons under his work bench