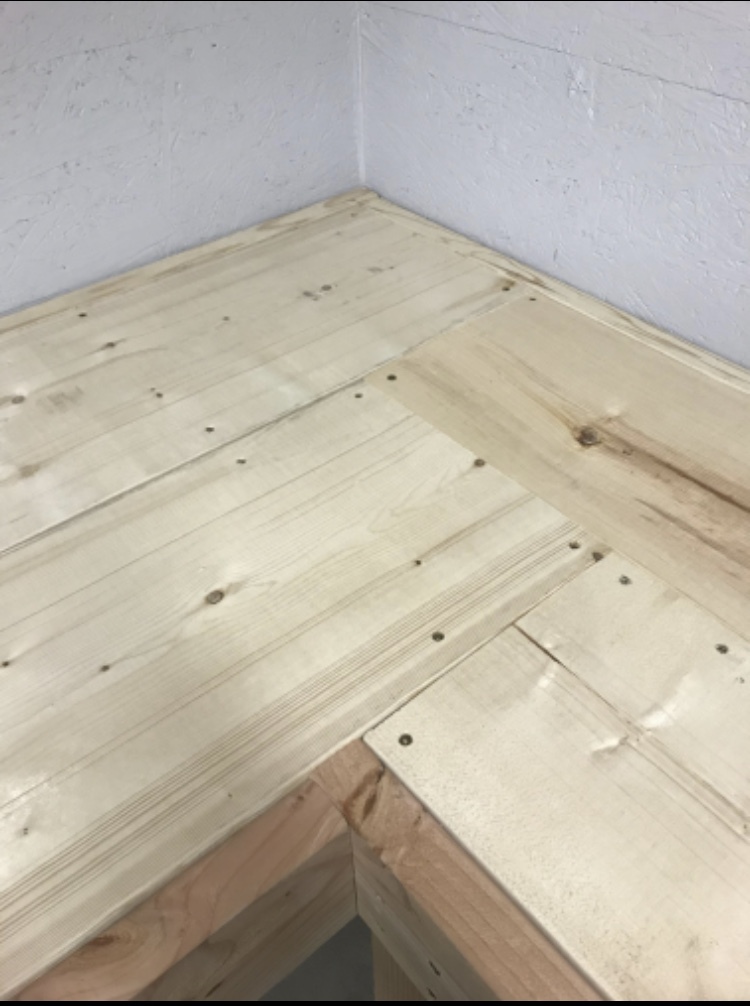 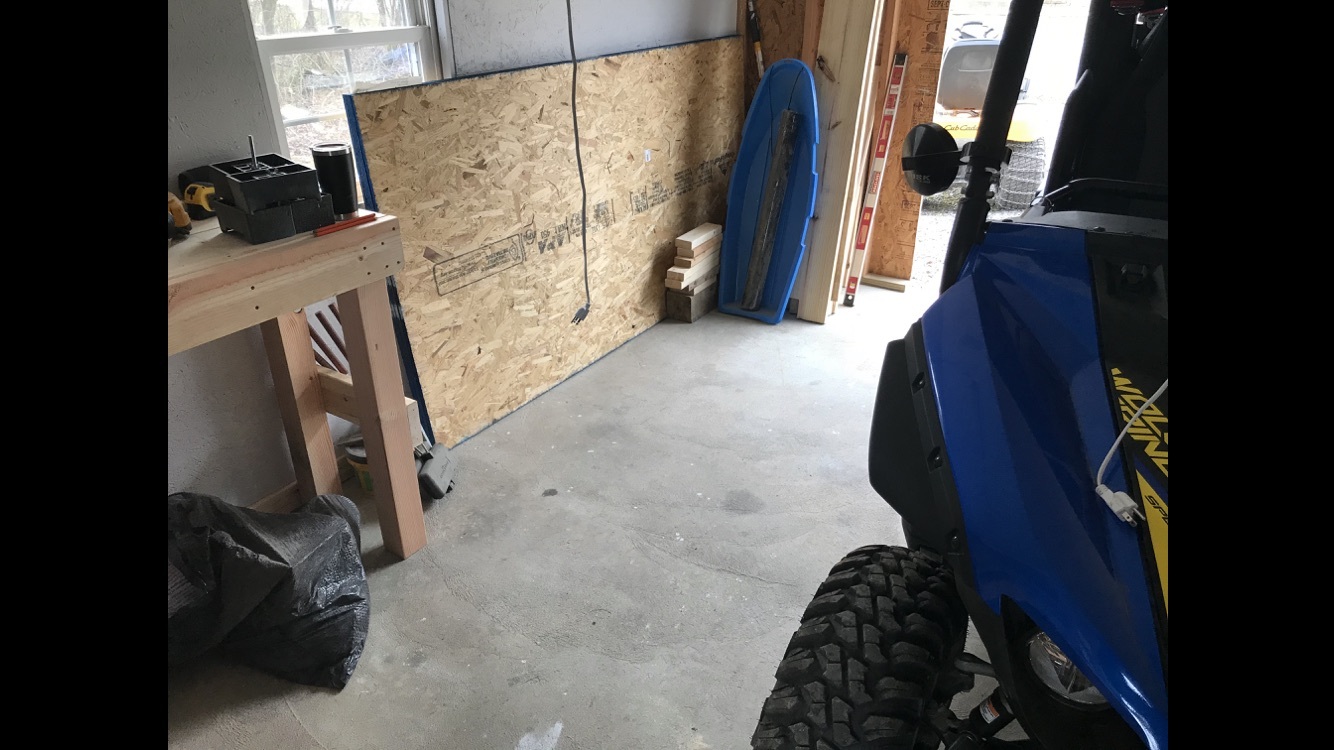 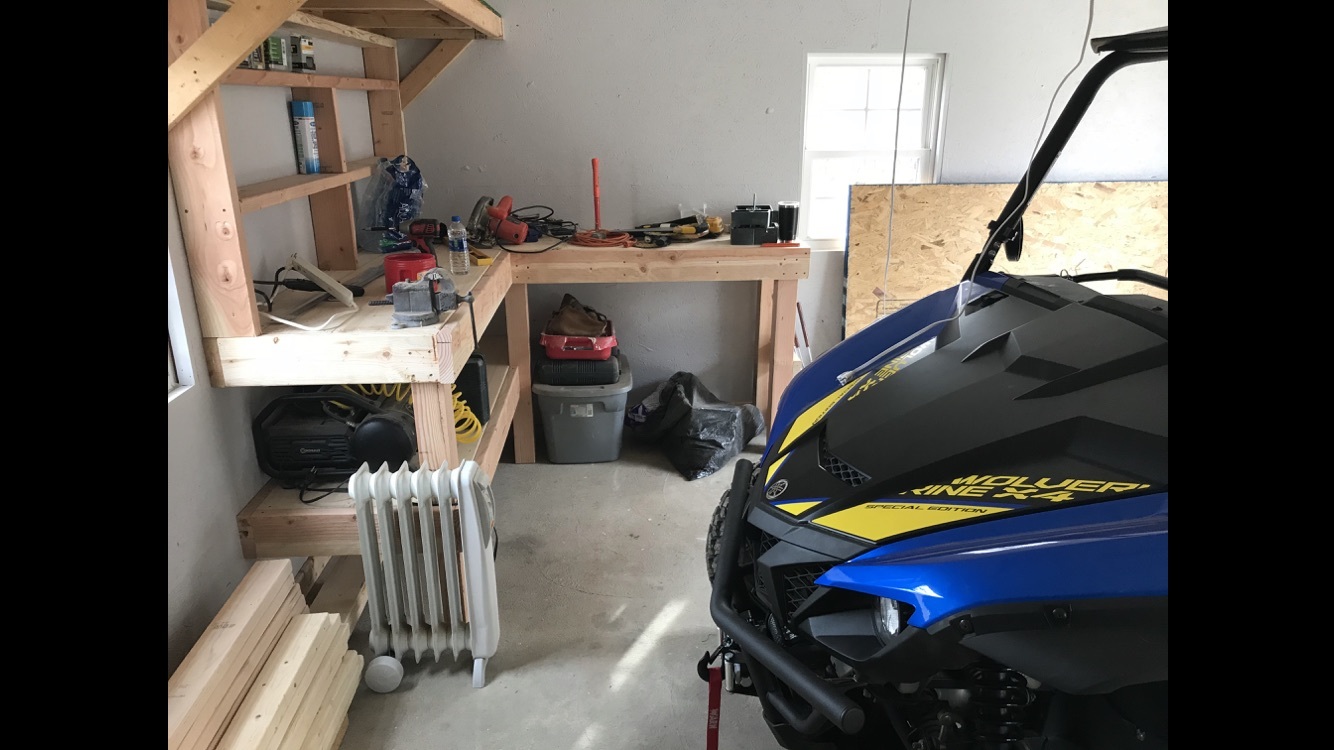 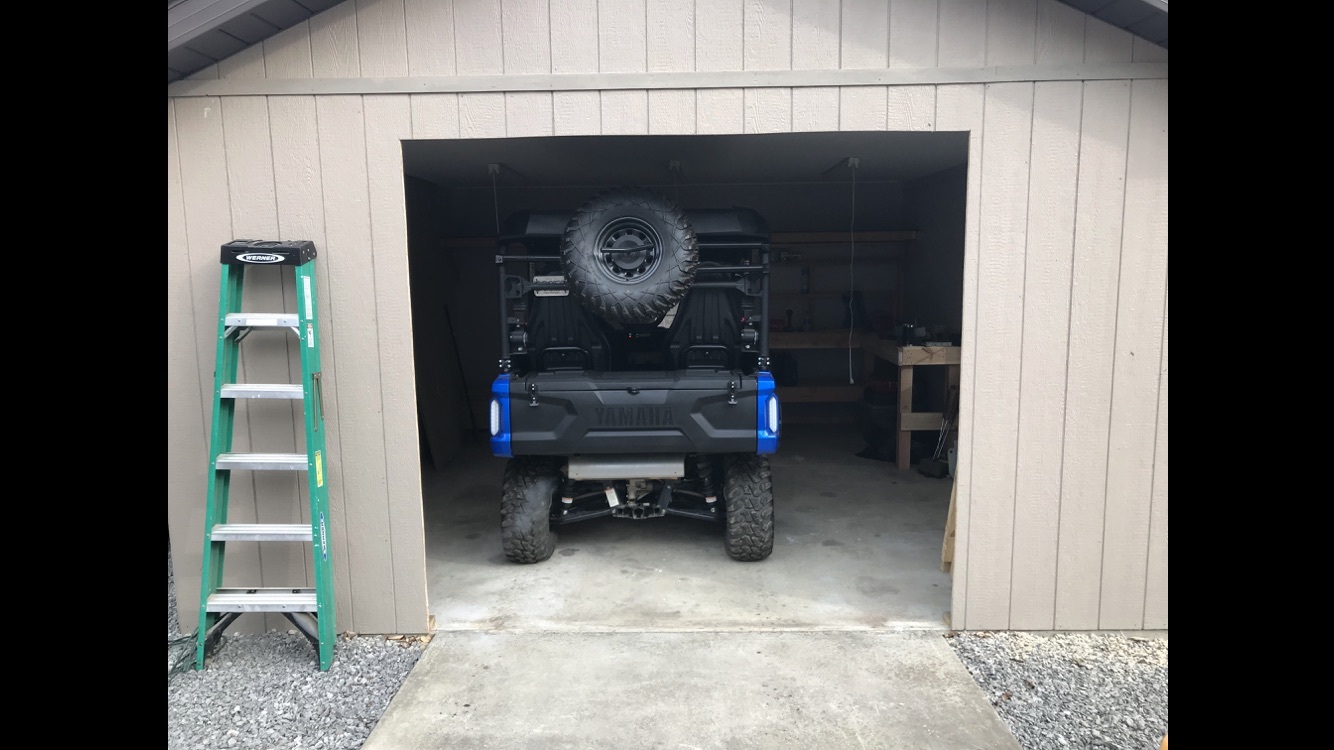 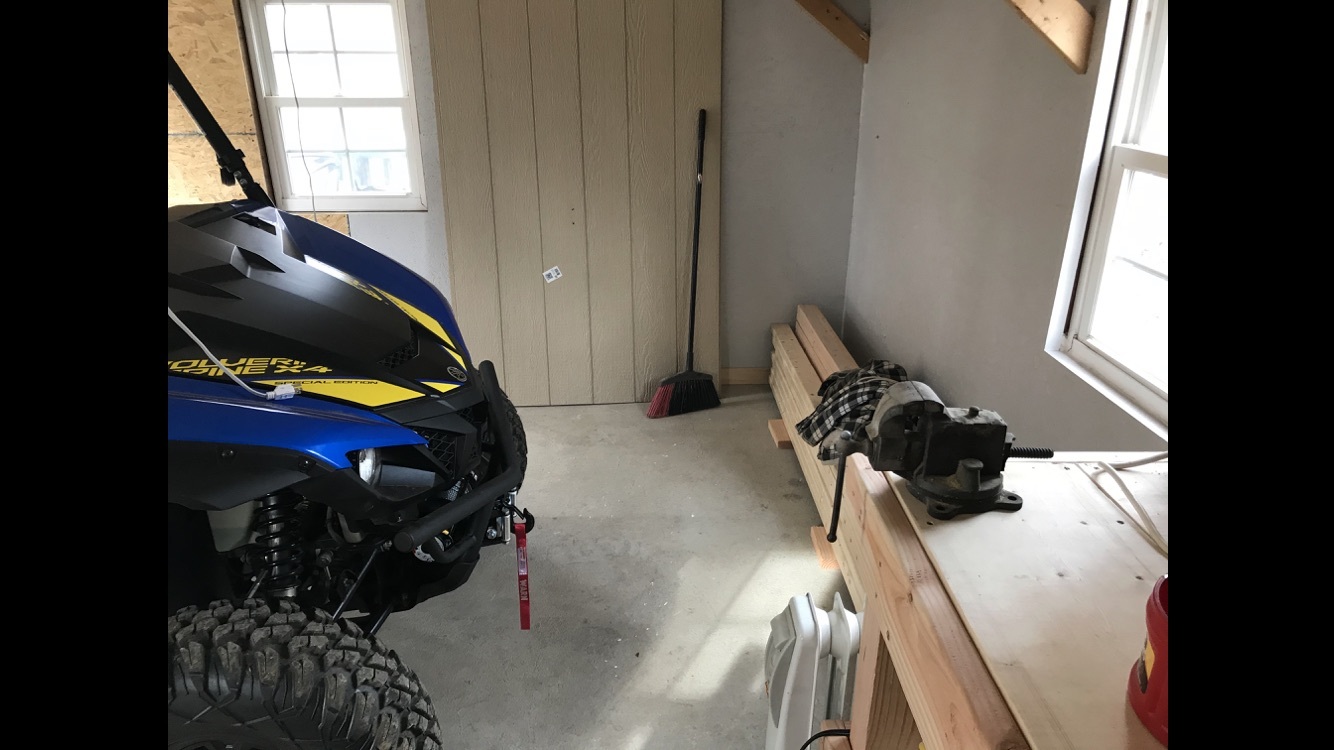 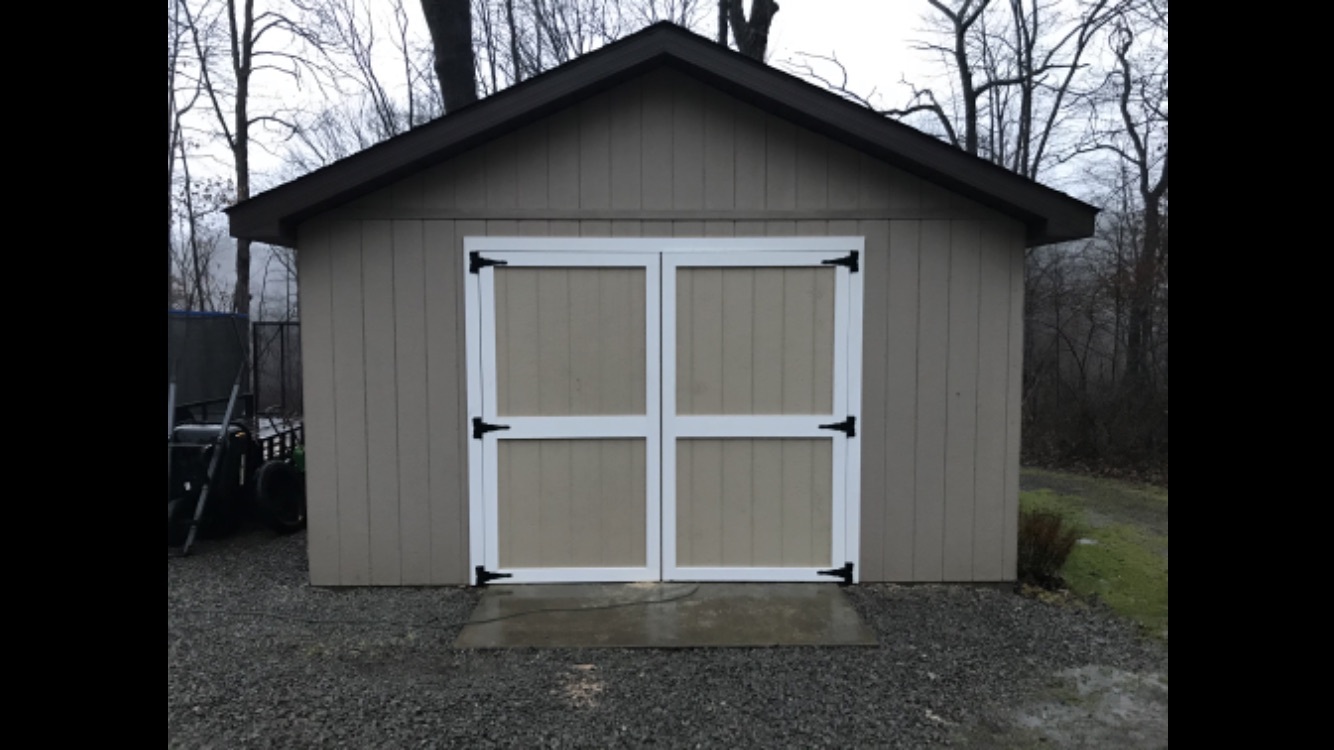 I debated starting this, but you guys give a lot of good suggestions.

So, last year I took on remodeling a 16x16 (interior dimensions) shed on our property to keep the SXS and kids' ATV's in. This was just a framed and sided building with French doors. Interior was just open studded walls. So it was a totally blank canvas.

I did soffit and fascia, then insulated and hung OSB. I tore out the French doors, cut a bigger opening, and built custom swing out doors. Next I built a work bench, and the shelf running across the back wall. The project kind of stalled once it became pretty useable.

Future plans to finish are as follows:

Pull one 12-2 and 10-2 from the main shop for 4-6 outlets, and switch the lights. The 10-2 will be a 240V heater I plan on hanging in the upper corner.
Gutters and downspouts.
Buy a US General 44" tool chest for under the bench.
Build a shelf to the left of the back wall window for spare parts, gas cans, other junk.
I'd also like to get a press for this shop, too...just running real low on space!

Also, from the other thread I was thinking about adding more outlets than I needed, but the extension cord reel on the ceiling looks to be the ticket. I've been using this space on an extension cord with zero issues, so I think that will work out well. When higher amperage tools are being used, it's one at a time. No real need to add too much power.

I'll have to add current pics from my phone.

Here is what the shop currently looks like. Space is really limited, but it’s okay for working on the SXS. 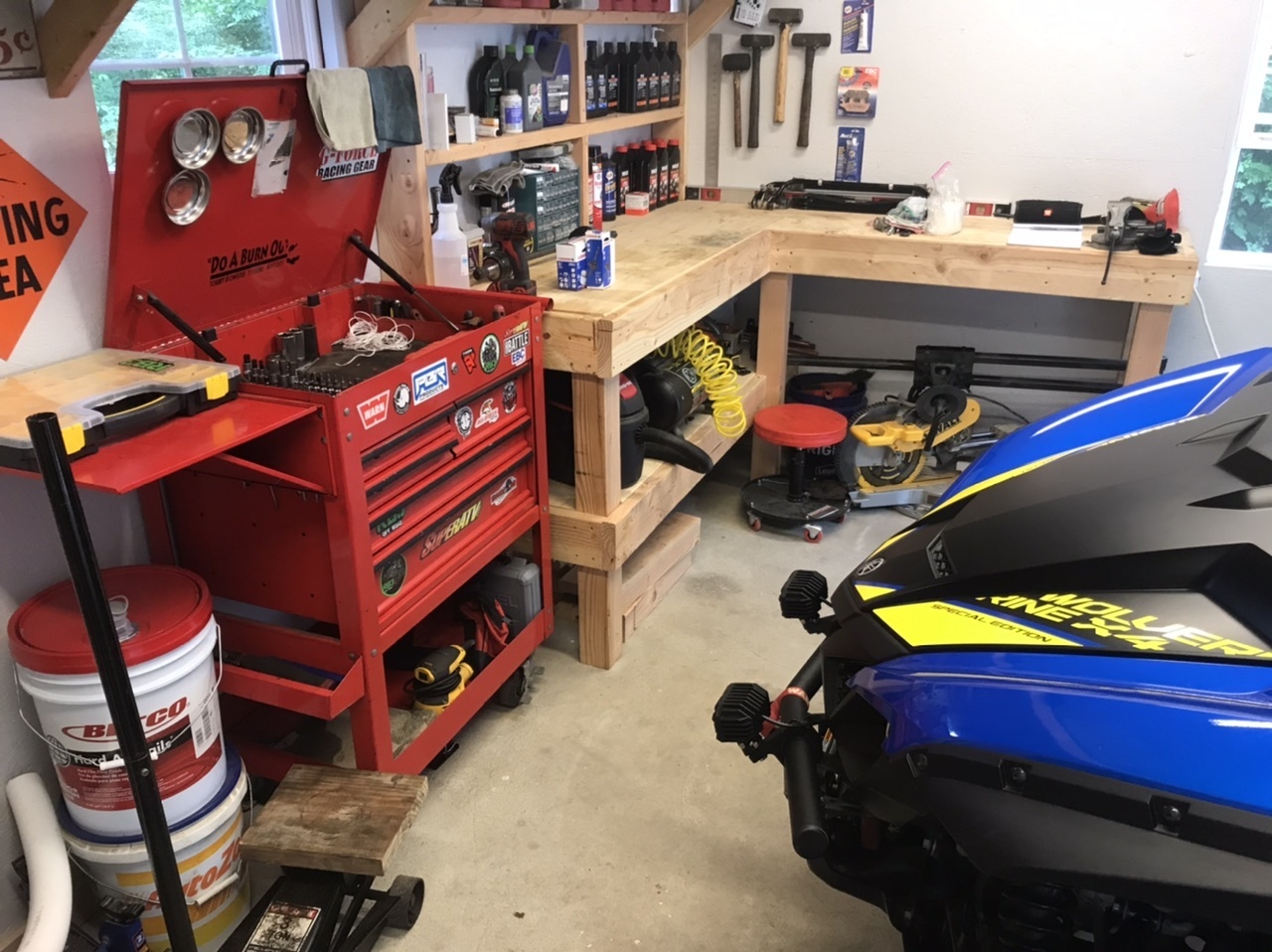 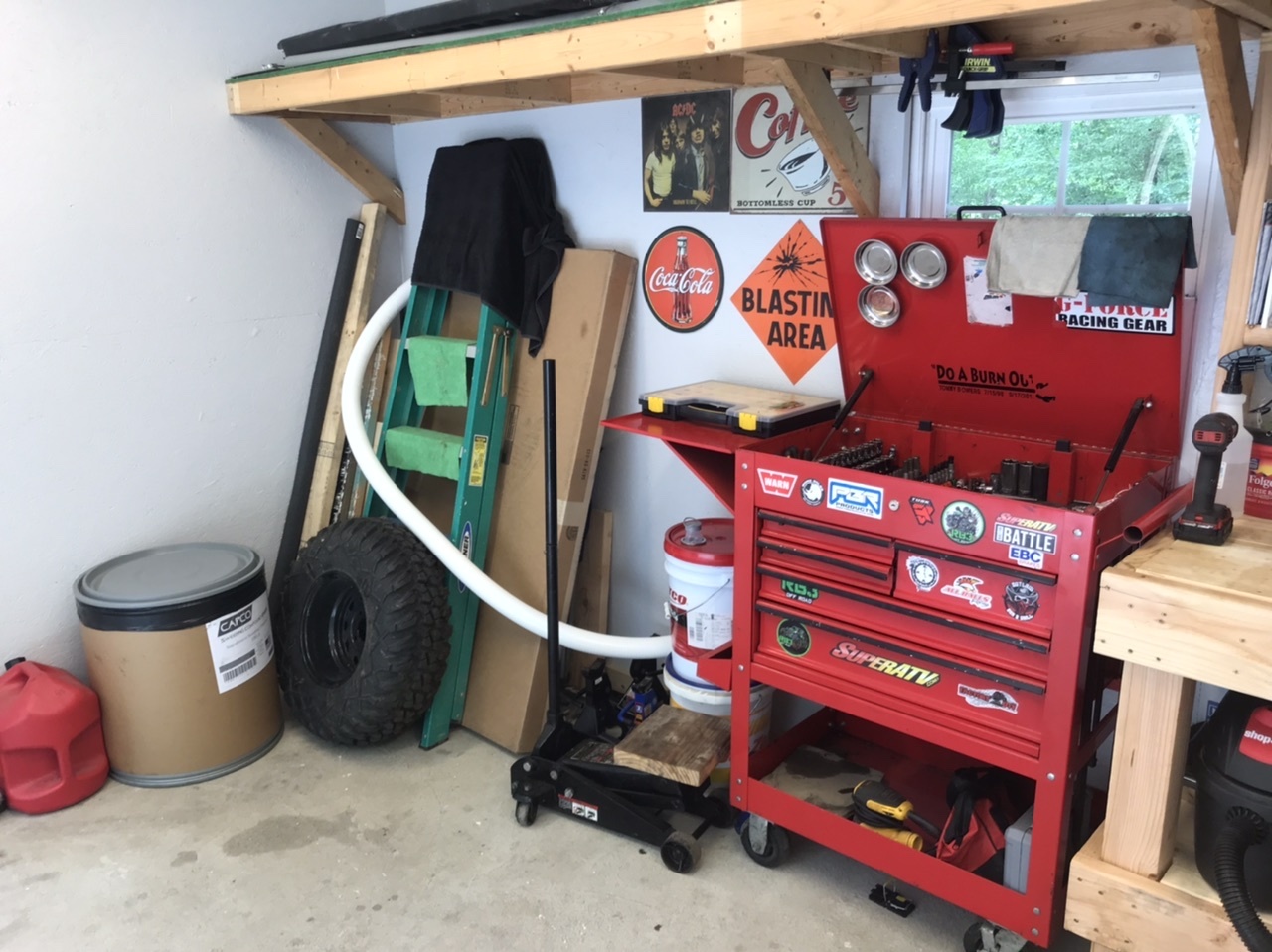 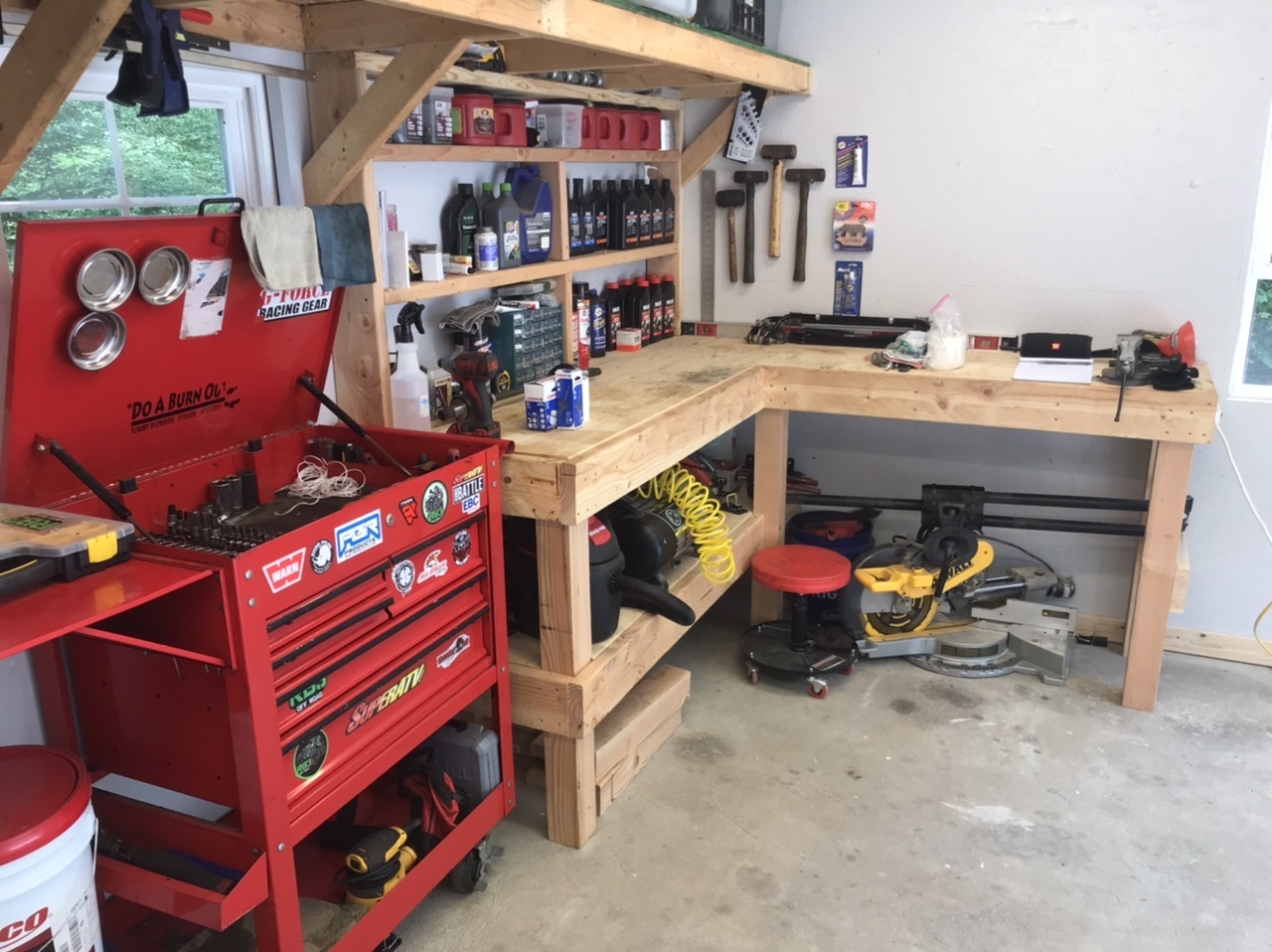 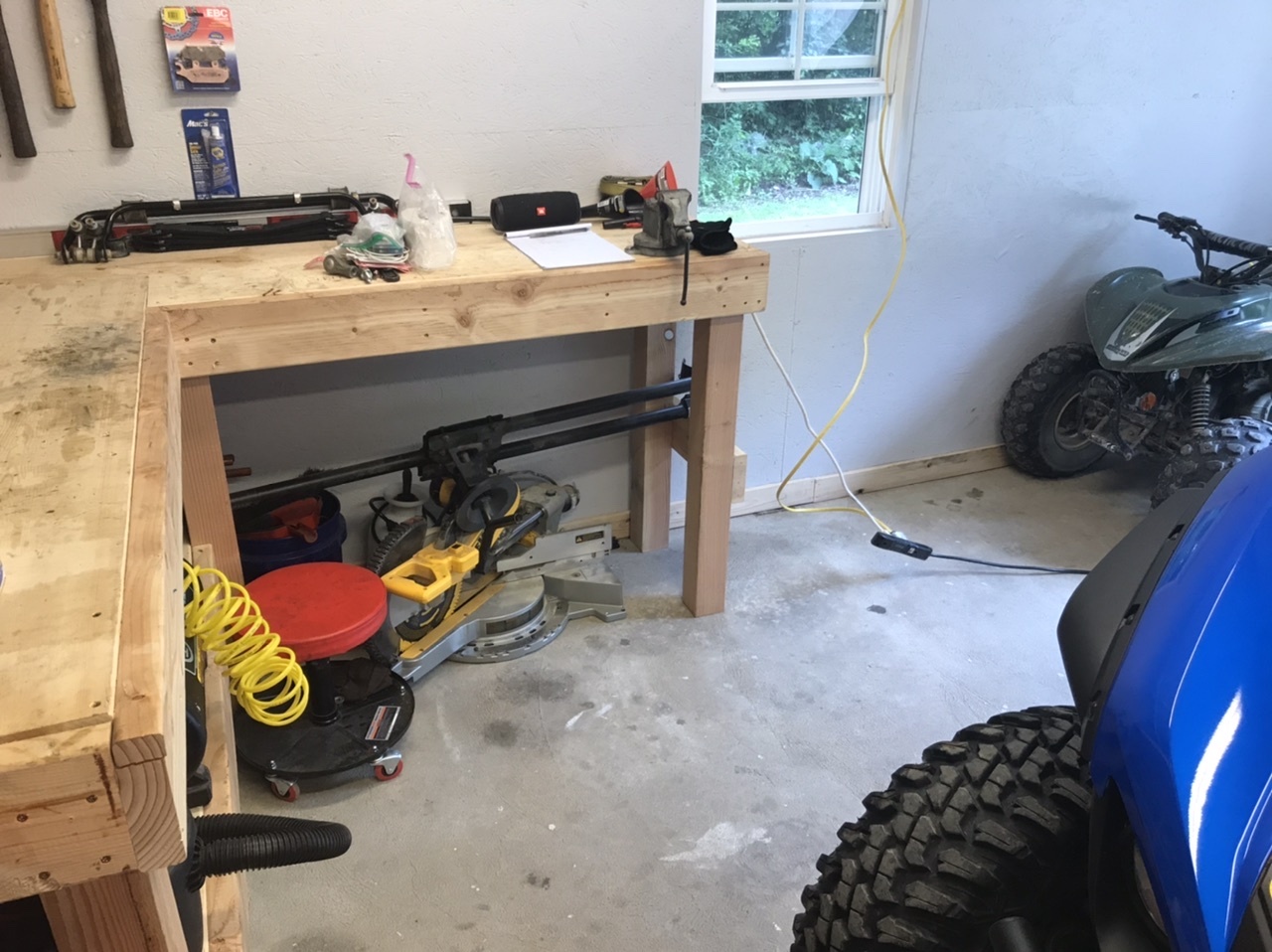 Moved my smaller bench top press from the bigger shop to the smaller. Buddy has a full size press he said he’d sell.

I still haven’t gotten the wire and breakers to permanently wire the smaller shop. Too much going on and summer is flying by. I know I’ll be doing this in the winter, just like last year. 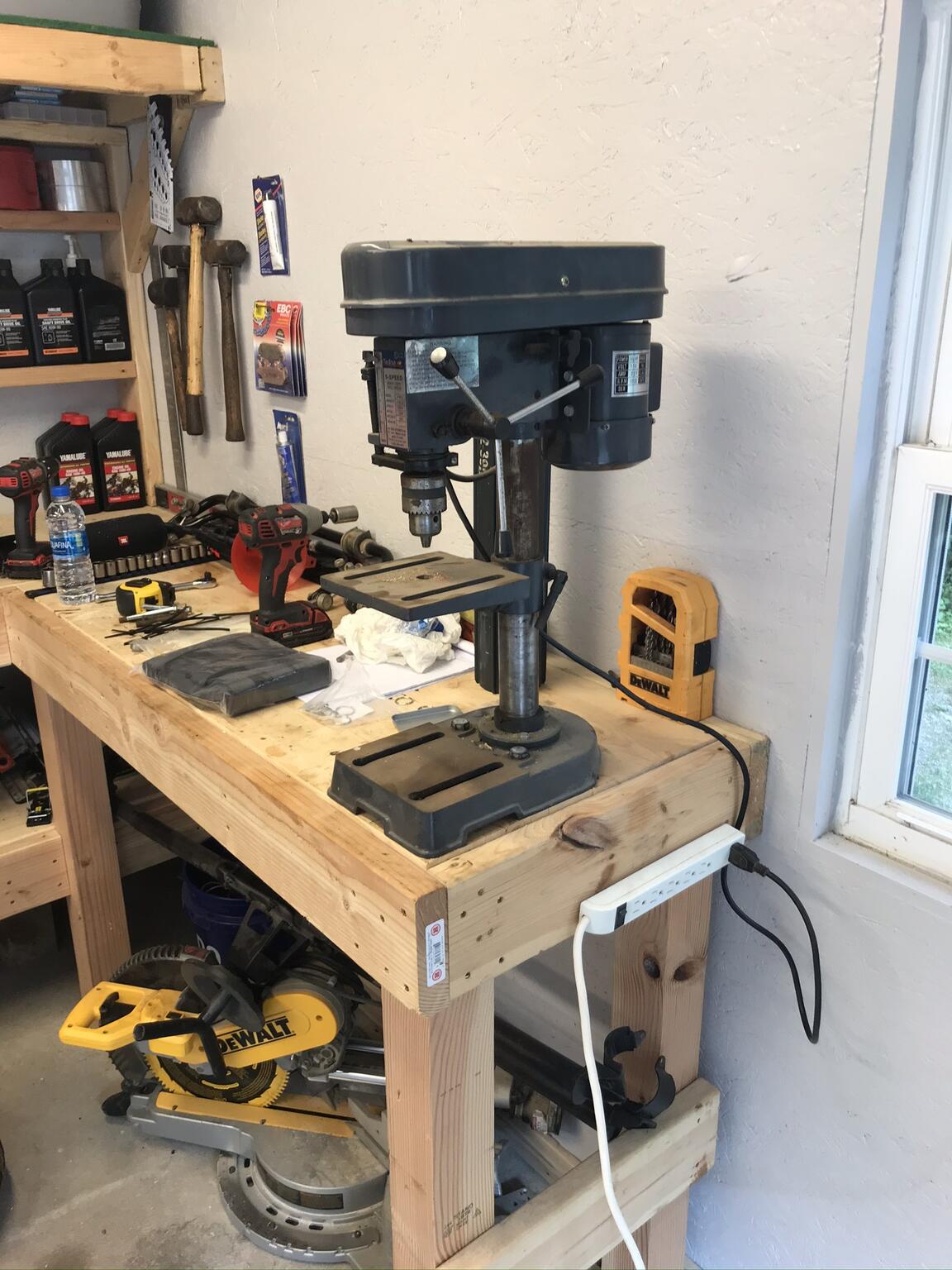 So a buddy hooked me up with 1000’ of free 8 AWG single and conduit/PVC. Finally trenched the way to the smaller shop. It was awful digging through the driveway. Mattock all the way.

Had to get this conduit all done up before I finish the inside of the bigger shop. Slow going on both. 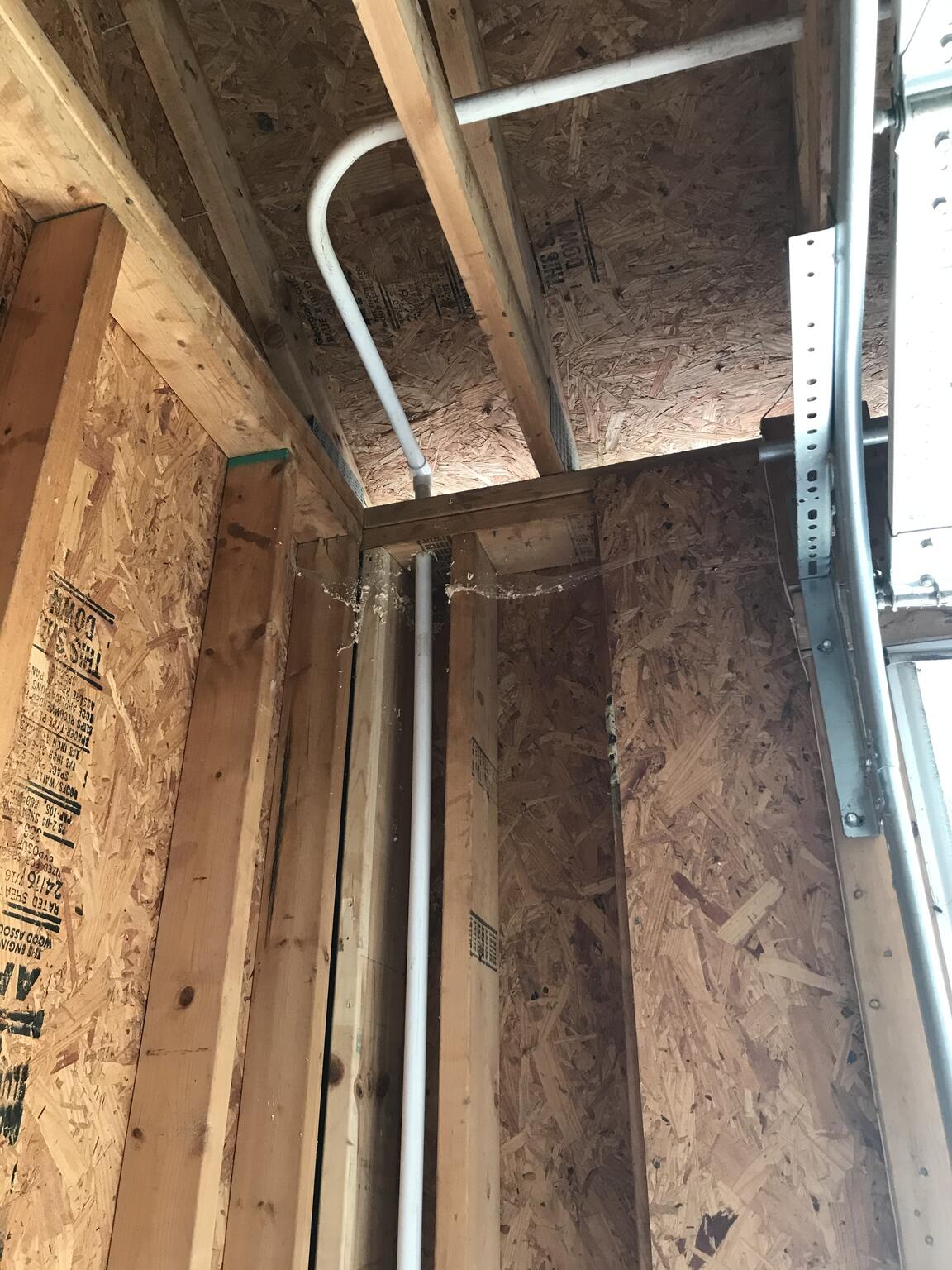 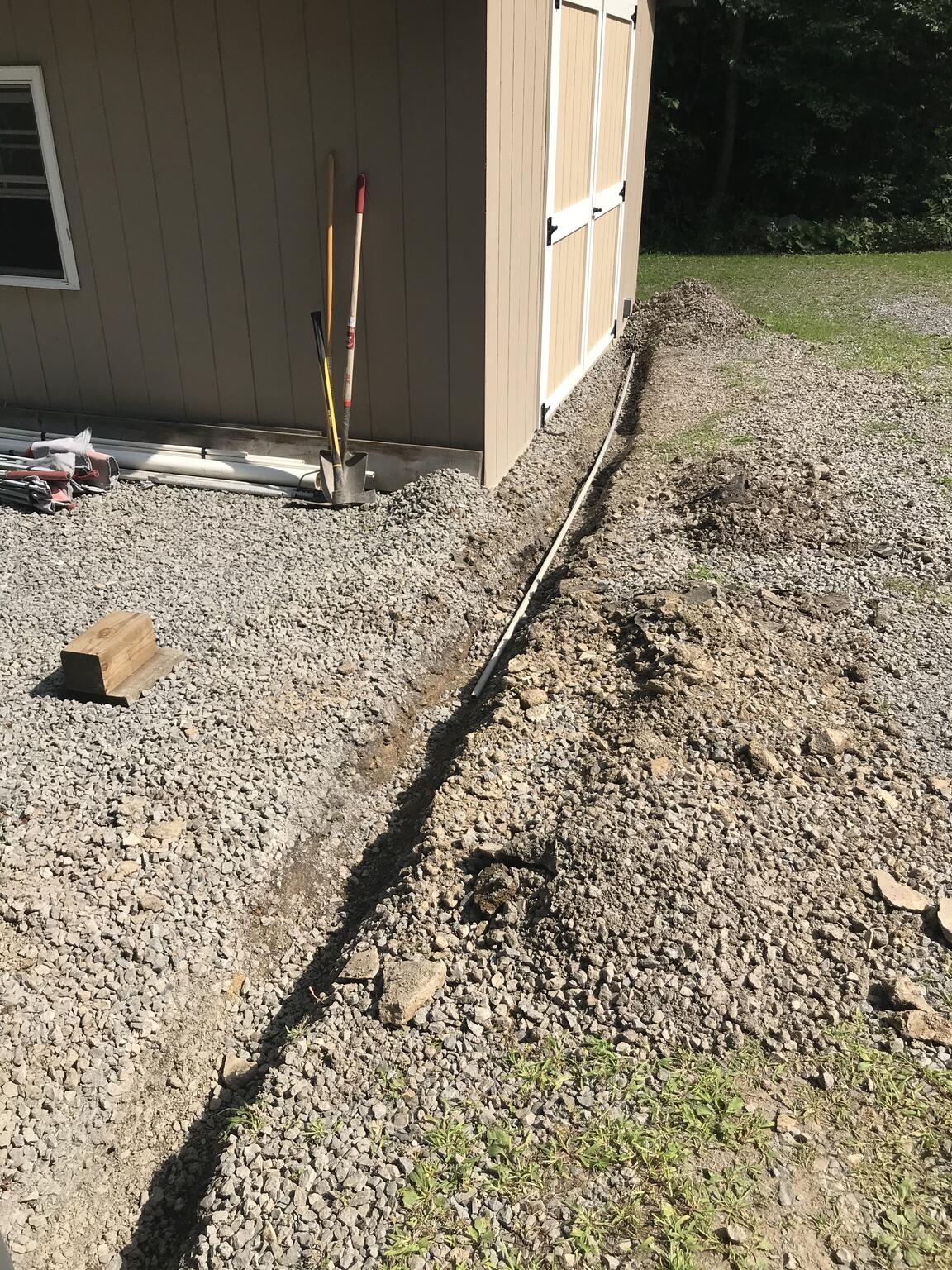 Paladin said:
Looks like you have a nice workspace there. You might want to swap out that 90deg fitting to a 90deg sweep where the conduit transfers to the ceiling. Pulling the wire though that tight 90 will suck and may damage the wire.
Click to expand...

Yeah, my buddy is an electrician and said I need to change that out. I'm going to put an LL or an LR in there for access. It didn't even cross my mind when I did it.
You must log in or register to reply here.
Share:
Facebook Reddit Email Share Link