So I've been living with a small 1 car garage that neither the wife or I are able to park in.....too much stuff and not really much room in it. After all it's just an enclosed carport.

We bought the house knowing I wanted to build a slightly oversized 2 car in the back. The process has finally begun.

Since I live in a suburb with 60's tri-levels and smaller than 1/4 acre lots, I can't go crazy...nor am I a fabricator or major "builder" so take that into consideration. I'm open to suggestions as to things to incorporate...but the structure has been decided and started.

Size was originally going to be a 24x 28...but after i laid it out decided to go to 24x26. The other specs decided on already. 18'x8' garage door with top row windows, storage attic trusses, vinyl siding with brick wainscoting on wing walls and 1 long side that's visible. 2 3'x4' windows on one side, and 9 light 36" man door. Belt drive opener. I changed to 26' because the house will be added on to in the future and at 28' it just got too close for my tastes.

I started earlier this spring when shit started going downhill. I started by cutting down the tree. With help from some neighbors I took my time and played daredevil climbing on a ladder on my roof and got it down without any damage

After I got the tree cut down I had a friend of my Father-in-law come over and start excavating the hill, tear out the stump and dig for the wall. He also cut me a deal on gravel and setting the wall.

Before looking along the garage towards backyard.

Here is the wall as it is complete. I had to borrow a skidsteer to remove a bunch of dirt that was removed. It took 5 dump trailers worth.

I finally decided I didn't have time or patience to frame it out or deal with managing subs so got a few bids on just building the garage and I could do some of the work and help. Finally found a guy.l that was priced reasonable and had a good rep. We went back and forth for a month or so on schedule and details/specs. I wanted to get the final layout in the yard so I squared it off the back property line and found my setbacks. This is where I decided to shrink back to 26' . They finally started digging the footings yesterday and got them poured. They will be back Monday to do the walls. This is where it sits now.

It's been awhile since I updated this.....not that it is anything special since it"m's a typical garage....but it's finally built a d the permit closed. I still need to rip out the enclosed carport and pour the remainder of the driveway....but once the epoxy is laid next week I can start moving things unto it.

I did sheet in the attic storage while I was waiting f
for the power to be handled. We had a very rare hurricane force windstorm here at the beginning of Sept and that pushed getting the power and final sign off by over a month.

Here are some progress pics

It's been awhile since I updated this. The epoxy/polyaspartic was put down right before Halloween. There was some bad off gassing that caused bubbles and the company was behind over a day due to issues with trailer as well as freezing temps...and they didn't address them...so I had craters throughout the floor. The company was great to work with and said they would redo it...but it would be 3 weeks. This delayed moving all the stuff from the single garage to this and gave me a chance to do insulation and drywall. I also had the gas line ran in the wall for the overhead heater.

They came right before Thanksgiving and finished it. I finished up wiring and drywall and painted after it was done. I am now getting cabinets and work bench placed before I start with the outside final grade and garage tear out.

The garage itself is now complete minus the work bench, shelving, heater and final lighting. 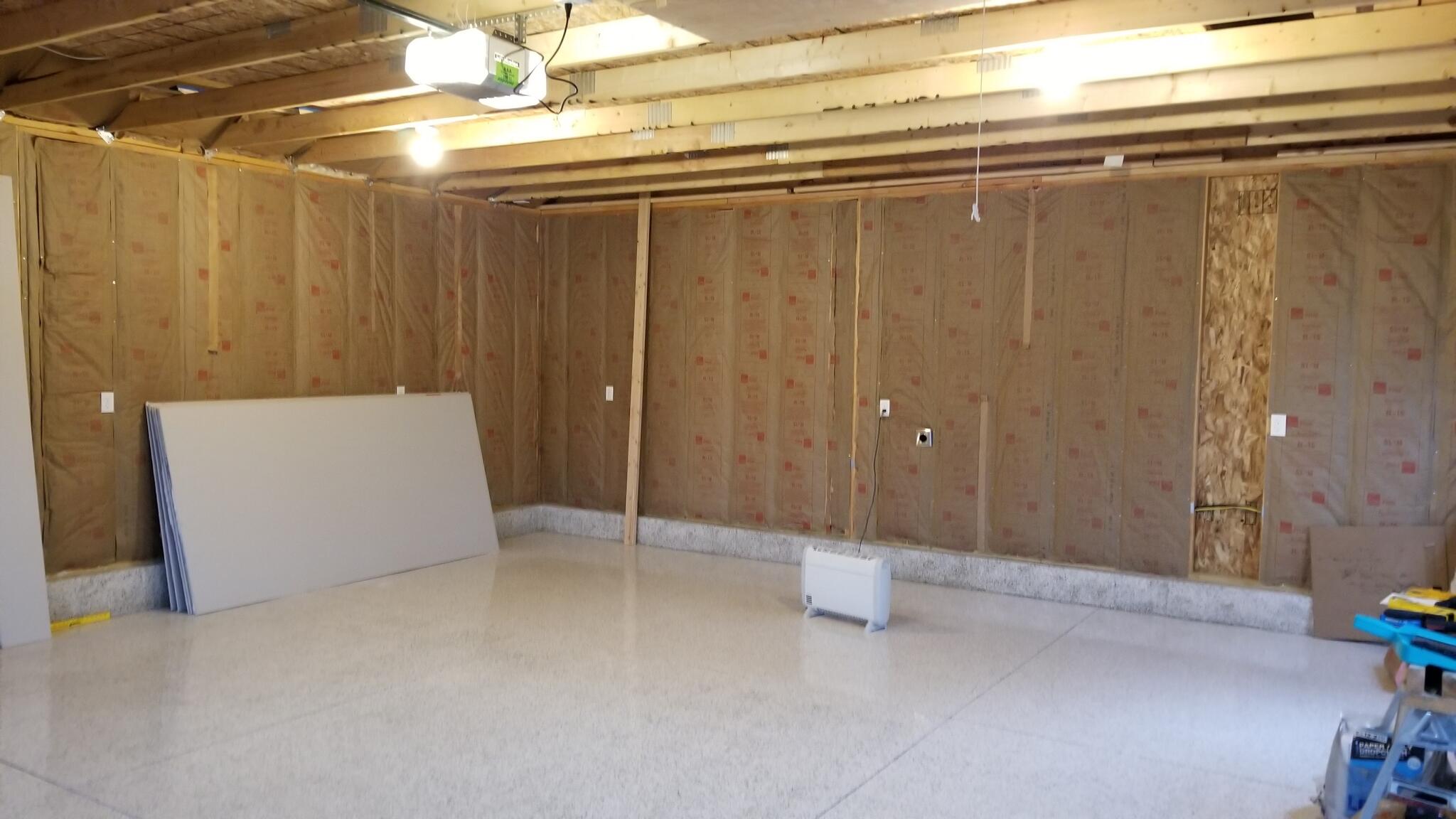 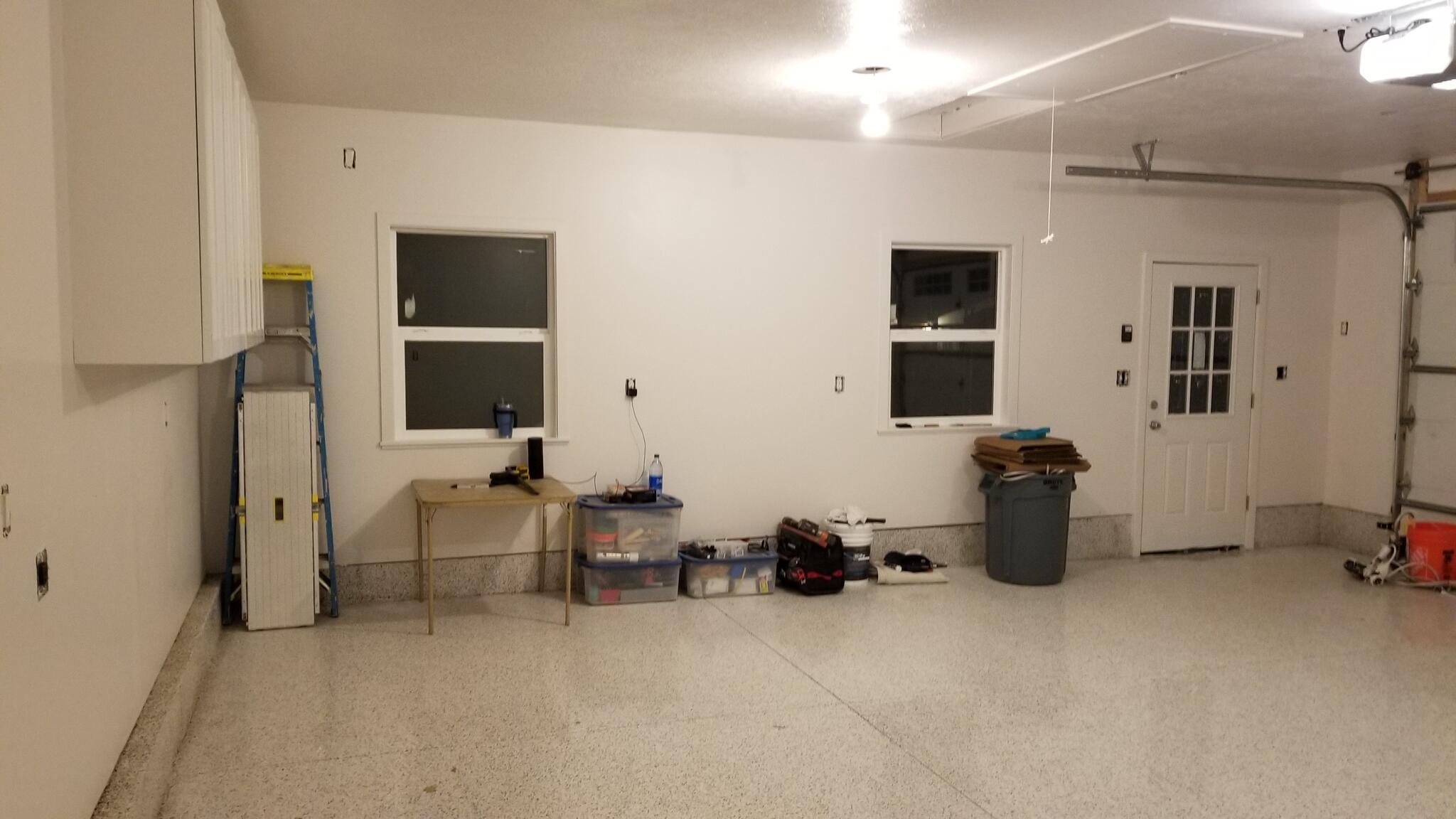 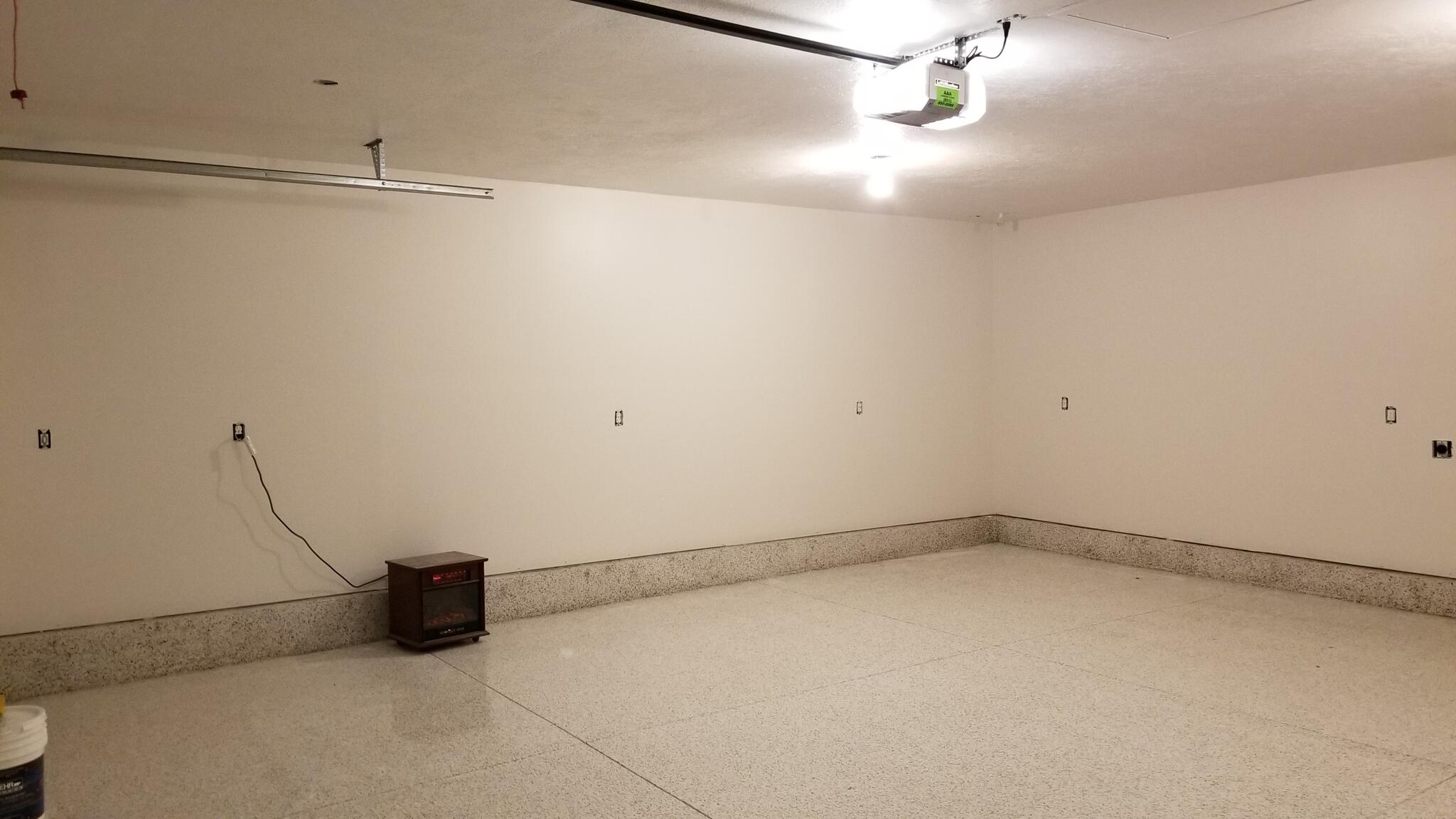 More...and some pics of the craters from the first attempt at the epoxy 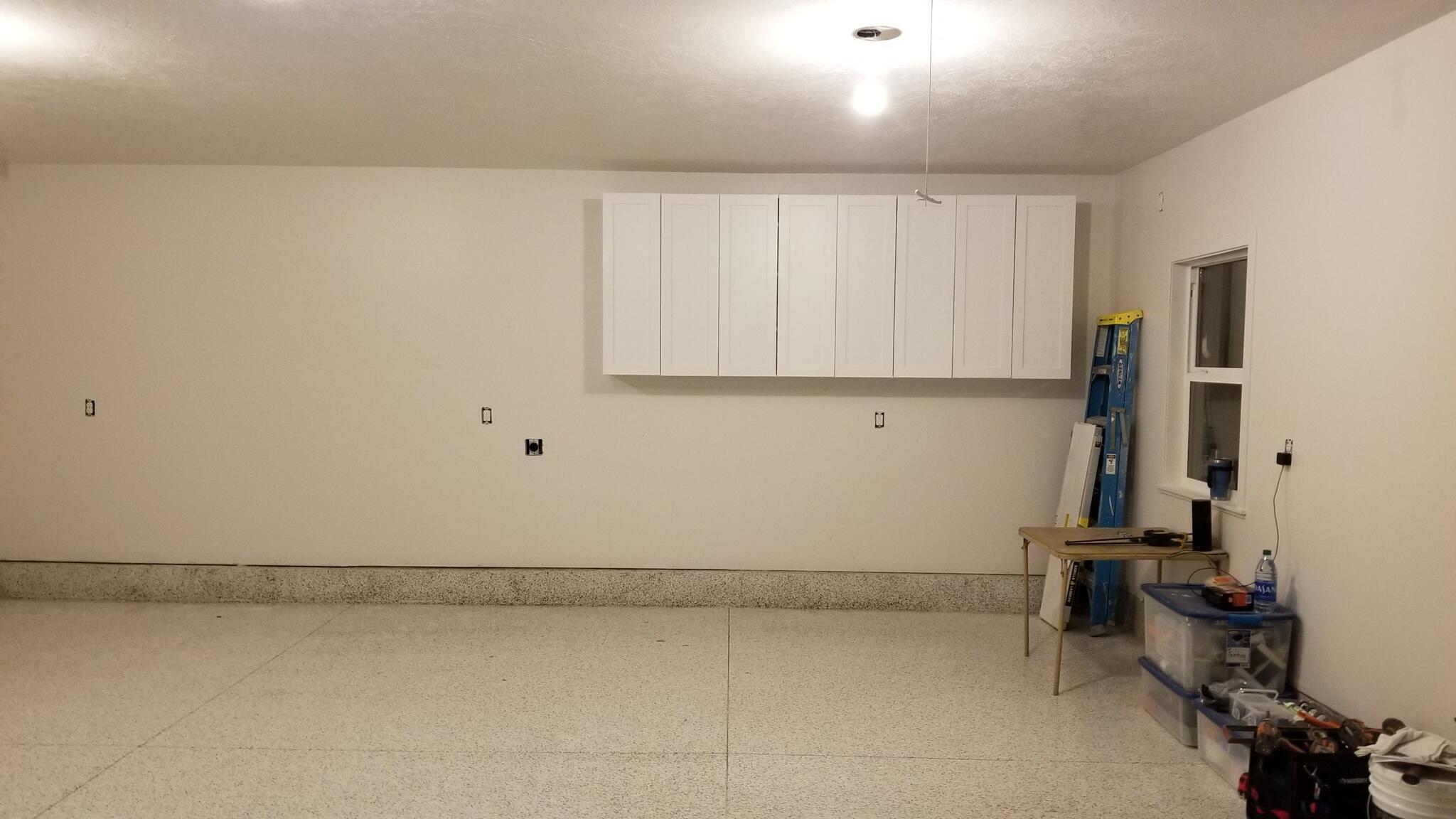 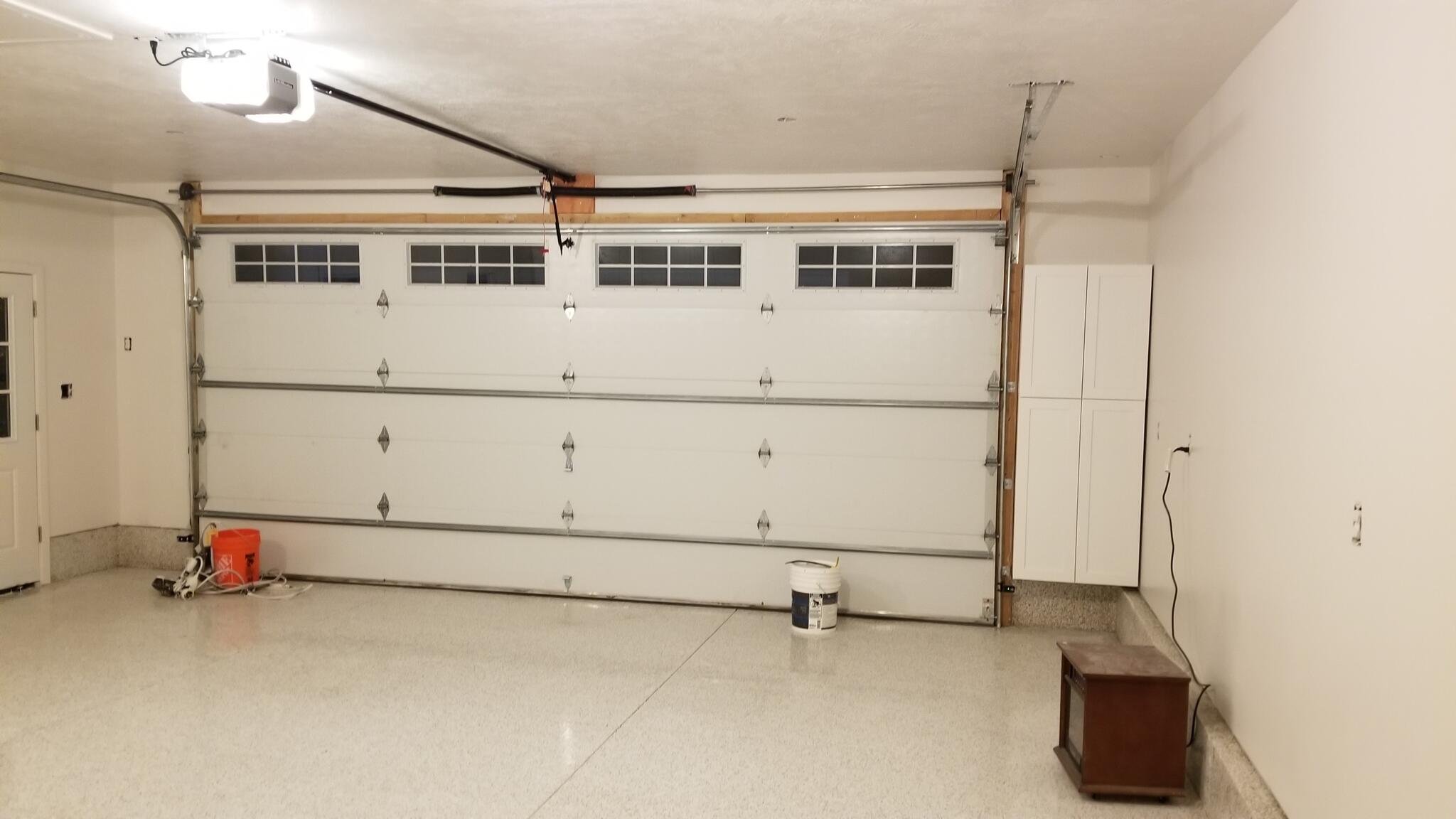 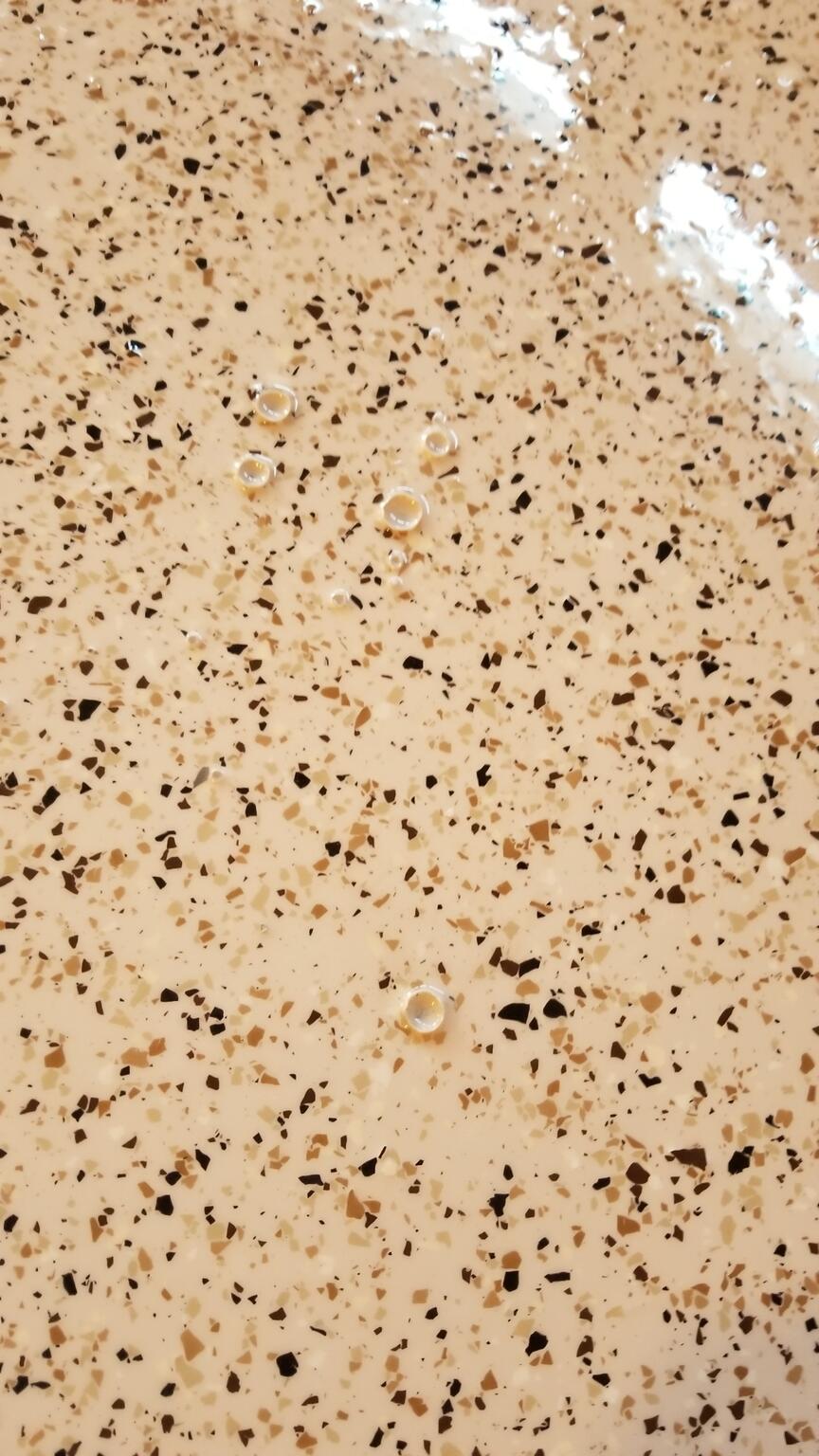 With a heater, that's gonna be a sick workspace.