Loc
Near TA NM, out in BFE

Remember these men and thank them for their sacrifices. 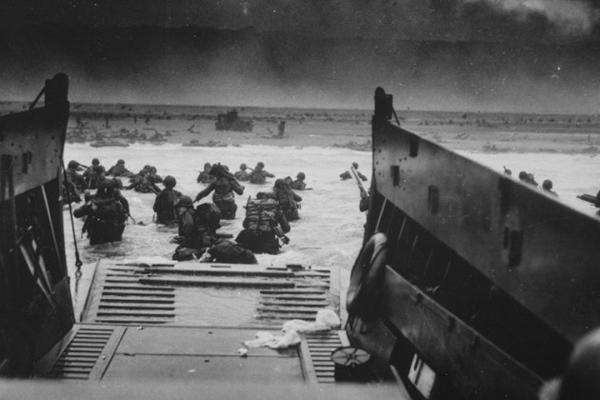 Fitting that the POTUS announces 9500 troops pulled back from Germany.

Not too many of them left. I was fortunate enough growing up that I had relatives and family friends that had fought in WWII. Not that they talked too much about their experiences, to most of them it was just an unpleasant job that had to get done and then they moved on with living.

I look for them hats whenever I am out and about.
I try and shake every mans hand and thank him.
My ole man was a cheif gun pointer on the dd404

Today is our 22nd anniversary

shortbus4x4 said:
Not too many of them left. I was fortunate enough growing up that I had relatives and family friends that had fought in WWII. Not that they talked too much about their experiences, to most of them it was just an unpleasant job that had to get done and then they moved on with living.

You don't have to read my blog post. O7 to all WWII Vets, who are mostly gone now. I wrote a bunch b/c my huge Irish Catholic family is basically a War Movie:

When I started getting interested in history back in the 1970s, the guys who fought were actually in their 50s. I had ties to both the VA and everyone had a VFW or AL member in their family who would wear their caps or whatever at funerals. Am Irish so wakes are a big deal, seems crazy now I'm almost their age.

My big danger in life so far has been sleeping in a homeless shelter and that night I tried to drive my Toyota up a mountain drunk and ran it out of gas because steep, then tried to turn around, almost rolled it but hung up on a rock, then decided to sleep there all night.

I had 5 Great Uncles: 1 was too young to serve in WWII but joined the CG in the late 40s. Back when I was a kid, they'd even let him into their Stations, and he told me one time in the early 1960s he got caught without a motel/money one night, long after he got out of the CG, and just showed up at the CG station and they gave him some food and a cot. Imagine a world like that.

Another Uncle was in the Army and served in Europe in combat. I know nothing of his experiences. He didn't get there till Italy, got wounded, came home, never said a word about it. Had a limp, so I assume the Million Dollar Wound. He was Decorated and I don't know how or what. My Great-Grandmother was very religious and basically looked down on the whole thing. She was an Irish immigrant so going back over to Europe to fight was not a great idea to her. He became a chemical salesman in Wisconsin and this was my Rich Uncle. He had a huge house with a trophy wife, and his son died after his car broke down in winter and he tried to walk back from college. Somehow rolled down a ditch and froze to death, maybe got hit by a car but never heard. He was the only child, and my age.

Another Uncle was in the Army and was Stateside the entire time, moving shit around on the Railroads. He was a Railroad porter (imagine that, Hollywood doesn't tell you there were white porters back then). So he did the same basic thing except more hard work: instead of moving luggage, he was moving boxes, and even some Supervisory work at the end. This netted him a great paying RR job after the war, and he retired in style. As a RR Porter, he would have been laid off and retired in the 60s with a pittance due to jets.

Another Uncle was in the Navy in Europe, served on DEs and basically dropped depth charges but never got a confirmed kill.

My last Uncle was a Pacifist but instead of wussing out and becoming a Conscientious Objector, he joined the Merchant Marine, which is one of the ballsiest jobs in the whole war. He literally dropped out of Seminary to do it, broke my Grandmother's heart (see, it's a Movie). Steaming across the Atlantic Ocean at 14 mph, dark ship, in a convoy through the Wolf Packs. He watched several ships get hit with torpedoes and one time a ship next to his got hit so close that it damaged the hull, and they picked oily survivors up out of the water. Captain stopped the ship to do it, crew wouldn't have it to leave them behind. The way I understood it, the Deck Hands saw the guys going into the water and swimming away, and ran over to the door to the engine room and told them to stop the engines. Like the Capt just went along with it. He never returned to Seminary and opened a car dealership. He sold my sister her first car and my Dad always felt he got screwed on the deal.

My Grandmother and Great Aunt were both Rosie Riveters, well with better jobs though, they were already working girls so they didn't have to go to the yards or airplane factory. My Great Aunt was a telephone operator, she was an operator for over 45 years when she retired. She did supervisory war work, she's pretty modest about it but it's understood she basically made Ohio function as a Telecommunications center which it was. She retired from AT&T when that existed.

My Grandmother worked for Lear making airplane radios. Made big money too, much more than the factory girls. Skilled work. Later she worked on the Apollo program and every Apollo rocket that ever existed used comm gear made by my Grandmother. She had good seniority by that time. She was a good-timer though, had a few different jobs and two husbands, and did a stint on the Railroad as a waitress or stewardess or whatever it's called. She was a good-looking woman, in fact I'd say hot, and I always understood she catted around for a couple of years while leaving my mother at a Catholic boarding school which used up a bunch of her war money. Then she bought a house and car for cash with the rest and retired in that house.


Fair Winds and Following to all WWII Vets, they really are a special generation.