rattle_snake said:
What is this 'done' you speak of?

extra interweb points if you find an old Pape 1/2 sleeper. 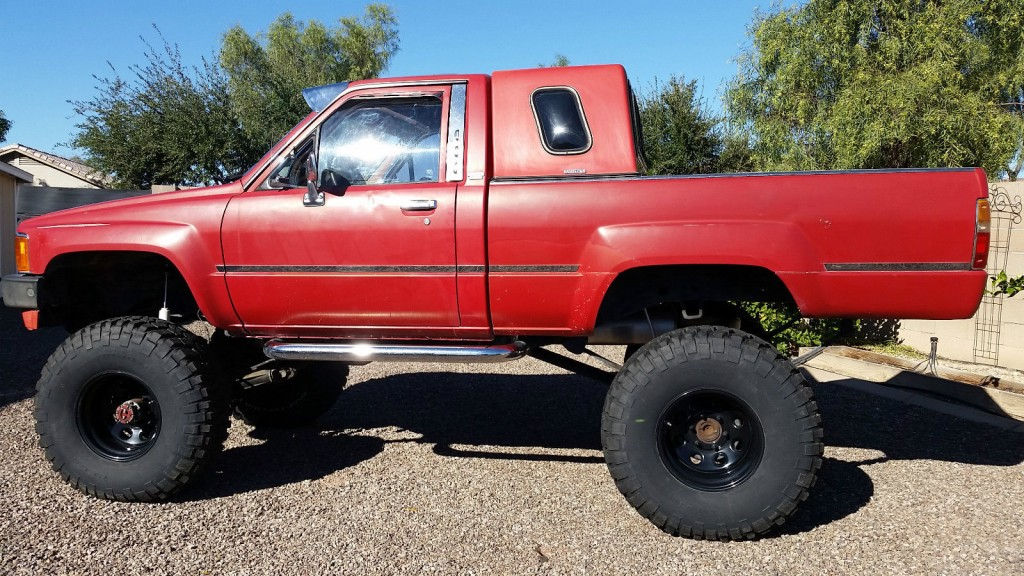 A/C season has started. The fan switch in my 72 ford that I 'refurbished' started having issues on high speed so I figured I would rewire for 2 reasons. Off load the high current and isolate magnetic field collapse back voltage spike. When fan is turned off, the energy stored in magnetic field has to go somewhere, and generates a high negative voltage, perhaps enough to arc across open switch terminals. Had same issue with A/C clutch, it fried the other HVAC switches for same reason.

The fuse box was also badly thermally damaged so I had added a relay and dedicated HVAC power supply to remove high current from it and factor harness. So phase 2 was to do similar for switch. This required 3 relays, one for each fan speed but can remove the existing one. Graphed the relays into the HVAC wire harness but still having issues with high speed. Dooh, too late I guess.

Damn; that takes me back!
Mid-'80s Toyota with a half sleeper.

Half sleepers were YUGE in the '80s.

find me one of them and send it my way!

Ordered some bump cans for the front end. Goal is to get more up travel, so moving bumps behind coils and outward as far as possible. Then move limit straps up front. Raise ride height 1/2 or so.

Dang I love this truck! Having done many over the last 30 years, I KNOW what it takes to do what you've done here... and it looks freaking outstanding man!

Still my favorite build to date.

I'm enjoying it also. It's doing it's job but can always use some more $.

Took the truck out in the desert just to screw around and do some testing. It was over 100* so a workout for cooling and A/C systems. Both did fine. Cruise at 70 is loud in cab even after all the sound control, mostly wind noise even with everything sealed up tight. Turns about 2700 RPM at 70.

Was getting a lot of banging noises that I thought was front bump stop contact. So I removed the lower bump spacers to make sure that was not the case. Noises persisted. So decided not to beat on the truck, no 2nd vehicle and pretty much no one else out in the area. So played with R/C crawlers on some large rock formations and called it a day. 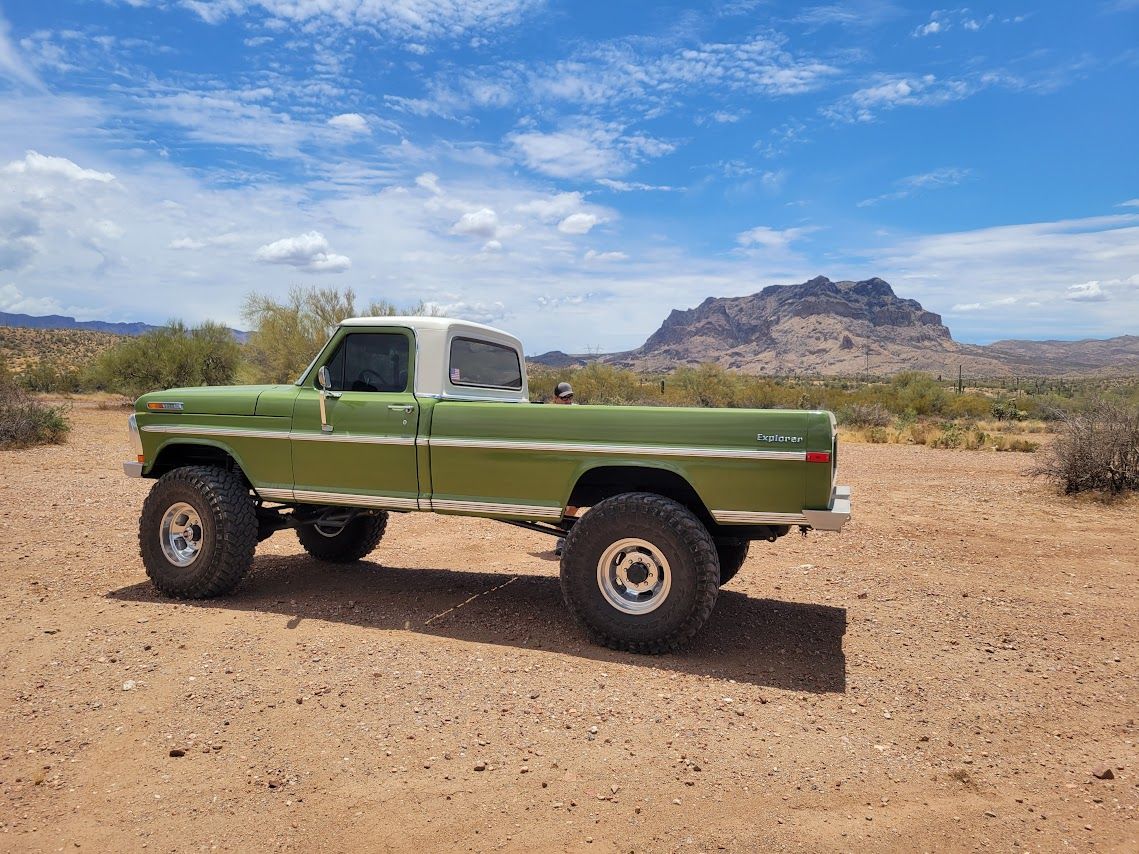 Racked the truck and did a thorough inspection of the entire front end. Bushing, heims, brakes so on. 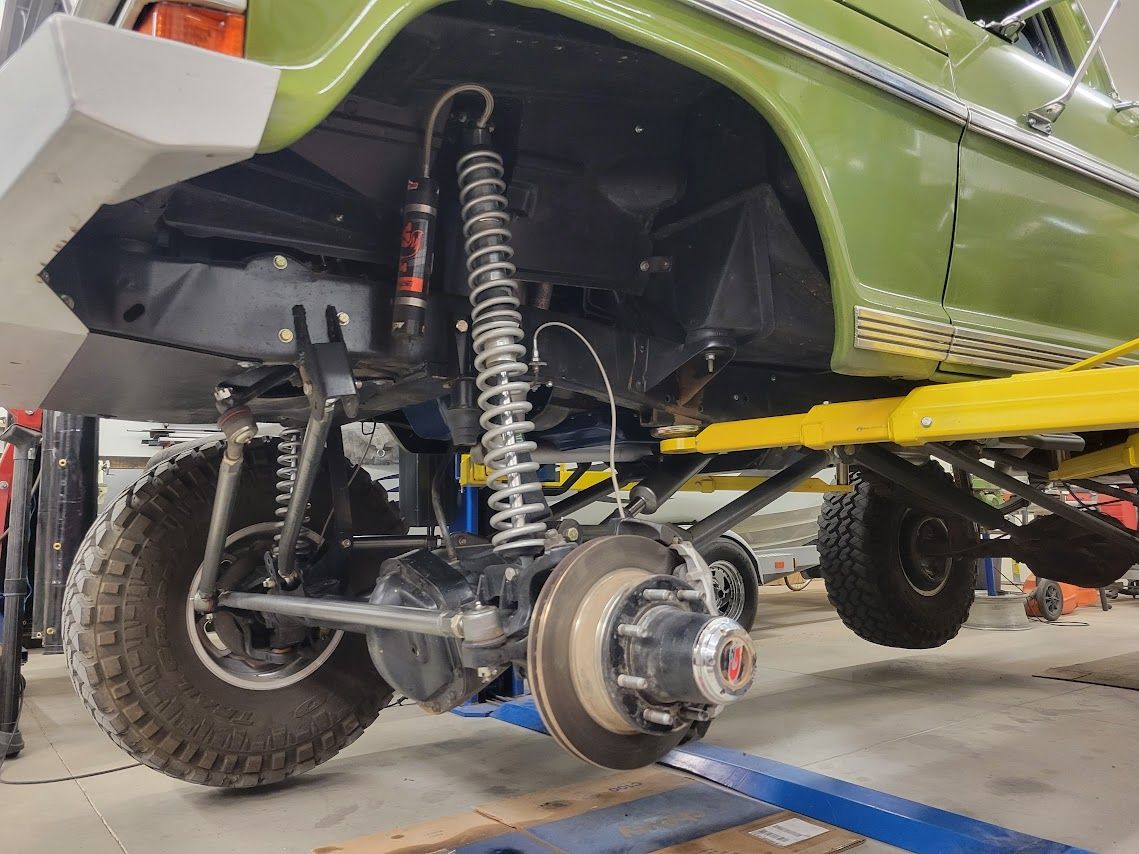 What I did find is that the cab is contacting the transfer case. I had moved the engine down and back for A/C, and the pocket I had sectioned out of the cab floor crossmember is no longer sufficient.
Have a few options to resolve. Can't drop trans mount much as front drive flange and yolk are already tight to the trans crossmember. Cab does need to go up at the back a bit so might as well take care of that now. Grind the rest as needed. 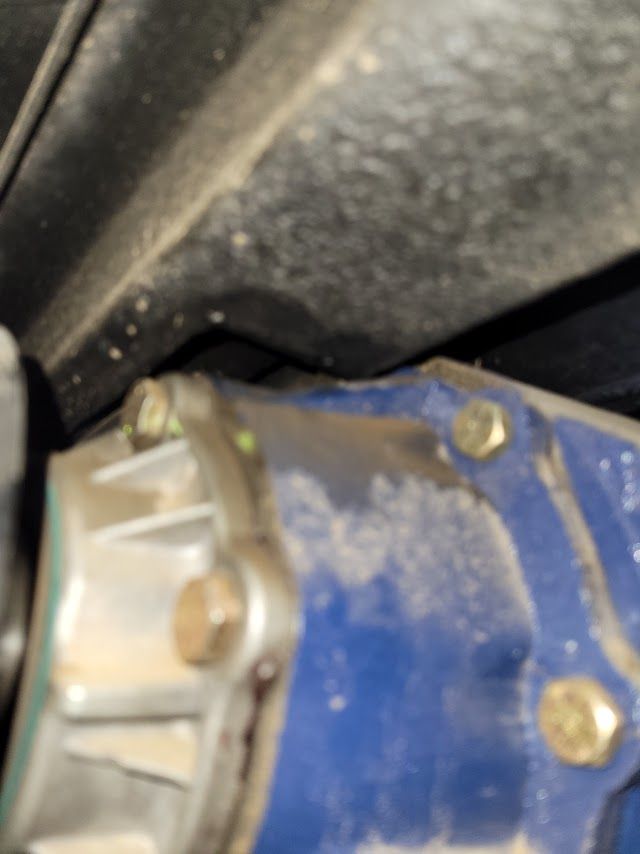 The good news is that I'm not hitting the bumps like I thought and uptravel limit is not that bad. Still going to do out-boarded bump cans and improve the setup, but probably don't need to cut up the fenders to get the performance I want.
You must log in or register to reply here.
Share:
Facebook Reddit Email Share Link